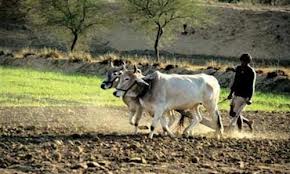 The Centre for Social Justice (CSJ), Ahmedabad, organized a consultation on the Draft National Land Reforms Policy with several non-government organisations and persons working in the area of land rights on August 19, 2013. Based on the consultation*, the CSJ reached the conclusion that “the policy needs to be viewed in an overall political context that keeps ground realities in mind.”  An account of the consultation:

A report prepared on the basis of the consultation by a CSJ team has found that “while the gram sabha has been given a great of deal of power under the policy and related laws, it is barely functional on the ground.” During the consultation, “instances were cited of the police and members of the executive dictating the agenda to the gram sabhas held in Gujarat. A robust policy would attempt to address the issue of inadequate functioning of the gram sabhas.” The report cites several shortcomings while identifying the social groups. It says, the policy mentions scheduled castes (SCs) and scheduled tribes (STs) specifically, but seems silent on other backward classes (OBCs), as also several vulnerable communities such as salt farmers (in Gujarat’s context). It underlines, “’Other marginalized communities’ should be clearly defined in the beginning of the policy to clarify the groups it applies to.”

The report says, “Failure of the past with respect to land redistribution, its equitable distribution and management must be laid out and analyzed along with the considerable data and land use plans already available with state governments. This will help in making the policy sharper”. And for this, “the policy must set disaggregated percentage targets, for the amount of land to be distributed amongst SCs, STs, OBCs, women etc every year. The achievements against this must be part of the annual and biannual reports before state legislative assemblies and meetings of the state revenue ministers. The department of land resources must lay the progress on implementation of the policy (including these targets) before Parliament.”

While not accepting large number of positive factors in the policy, the report suggests, “The policy needs to be framed in such a way that it does not come into conflict with other policies. It needs to be holistic in nature and should accommodate and complement other policies such as the National Water Policy or the National Forest Policy. In effect, it should fit into the larger developmental framework. Regional developmental plans may be framed, laying down the types of industries suited to different regions. The plan can be used as a basis for determining the desirability of a particular industry to a particular region.”

Coming to specific sections of the policy, the consultation has recommended that any land use plan must be “prepared in a participatory, integrated and bottom-up manner, from village to tehsil upwards.”  There should be a “critical review” of the “existing land use plans for all states, before going in for new land use plan. Then, realistic land use pattern should be seen, rather “than the one based on land records.”

Especially referring to assignment of land to the landless poor, the report says, there is a need to “define landlessness, as there are multiple ways in which it can be interpreted.” It wonders, for instance, as to what would happen in case “the land is yet not divided among children and the sons depend on labour. Would they be called landless? What if an erstwhile landless family has sold off the land allotted to them – would their children be considered as landless?”

Referring to the provision of creation of land pool, the report says, “The concept of land pool is good, but a lot would depend on how much land is ‘recovered’ through different measures. This is the most challenging task. Steps and procedures should be strictly chalked out to follow this.” It emphasizes, “Land pool should be owned by the gram panchayat, and not state government.” In fact, “there is a need to define sarkar shree in the land records as gram panchayat, and not any other level of government.” In this context, there is a simultaneous need to “specify cultivable agriculture wasteland”, instead of keeping its definition amorphous.

On the issue of regularizing land, the report says, “Norm should be followed to regularize land of only landless families, not those who are already land holder families.” Referring to the ceiling of surplus land in this context, it adds, “The idea of reducing ceiling is good”, but wonders, “how practical it would be has to be seen in the current scenario, where land is in the hands of powerful people.” It recommends, “Ceiling on land should be decided by each state rather than nationally; it should vary according to regional variations reflected in the productivity within the state.”

Making an important suggestion, the report states, “Like farmers, there should be a ceiling on land owned by industries too; and if they retain more land than the ceiling, they should pay heavy rent to the gram panchayat.” At the same time, it points towards a major problem while allocating surplus land. “While allotment has been done, in most cases, they have not been able to get possession due to powerful original owners from the villages occupying the same. While steps and mechanisms exist to give possession to the assignees, in reality it does not happen. Lot of issues will be addressed if steps are redefined and adhered to for giving possession to the assignees”, the report says.

On the issue of redistribution of unutilized lands, the report wants that instead of “…shall come under the state government’s land pool by reversion”, it should be “shall come under the gram panchayats’ land pool by reversion”. It wants that this change should be made “wherever else it is required to.” Referring to the policy’s idea of creation of a land protection fund, the report believes, it is a good idea, as it would help prevent of distress sale. However, it believes, “It would be difficult to check whether or not the sale is being made in distress sale.”

Coming to the issue of homestead rights, the report says, “The policy lays down that land required for homestead shall be surveyed and acquired if necessary by the gram sabha.” It believes that it would be more desirable “if a body was constituted for surveying and acquisition.” Such a body should consist of members of women’s collectives, self-help groups (SHGs), and representatives of SC/ST and OBC groups. The body should have the power to acquire land, power to remove encroachers etc.

On the issue of common property resources (CPRs), the report says, “The policy believes that development of CPRs is to be laid down in land use plans at national, regional and village levels. Land use plans are to be formulated for the same.” Here, “a bottom to top approach needs to be adopted for formulation of plans, i.e. starting from village, to the national level.” Further, CPRs are defined in the policy as “resources to which all members of an identifiable community have inalienable use rights”. It also mentions that “CPRs are important because they contribute to people’s sustenance”. Here, the report emphasizes, “The definition of CPR needs to include a conservation aspect.”

The report recommends, “The determination of the minimum percentage of land to be declared as CPR, according to the policy, can be determined according to the number of livestock per hectare.” It could also include “fodder and fuel requirement of the village.” It wants that “a proper standard is set for determining the minimum percentage of CPR in the village.” Further, “the ban on diversion of CPR is to be based on criticality of the CPR. The diversion of CPR should only be an option in the rarest of rare cases.”

Coming to tenancy issues, the report says, there should be “legal safeguards in tenancy agreements to protect small and marginal farmers.” In fact, there is a need to “link tenancy contracts to the minimum wages Act.”

On the crucial issue of resolving land problems, including litigations, the report consultation found lot of grey areas, including how three distinct dispute resolution authorities would function. It is for instance “unclear whether the policy recommends setting up of fast track land tribunals as an alternative or in addition to the common authority”, the report states, recommending, “The common authority must necessarily be a quasi-judicial body that is independent of the executive. It must consist of at least three members, one from the judiciary, one from the revenue department and a representative of civil society.”

Further, “The jurisdiction of the authority to hear a land related matter must bear relation to the nature of the dispute and the value of the property involved. It would not be in the interests of justice for a sub-district level body to hear a case involving land acquisition of tracts of farmland by a multinational company.”

Also, “the authority should be three-tiered, with clearly delineated jurisdiction in terms of nature of dispute and the value of property. Members of the judiciary appropriate to each level must be present at all three levels (district judge at district level, high court judge at state level).”

Referring to the need to enforce tribals’ rights, the report underlines, “The restoration of alienated tribal land, forcible dispossession of land, and cases pertaining to women should be a priority not just for a land tribunal thus established, but for any authority set up to hear land disputes.” In fact, “publicly supported legal aid should be given on a priority basis to all persons identified under Section 12 of the National Legal Services Authority Act.”

The report proposes that “the Land Rights and Legal Assistance Centre proposed in the report should use funds currently unutilized by State Legal Services Authorities. A liaison officer should be appointed in the District Rural Development Agency (DRDA) for provision of these services through the District Legal Services Authority in each state rather than setting up a separate mechanism.”

Pointing out that the Gujarat-based Working Group on Women and Land Ownership (WGWLO) has “significant experience in conducting gender sensitivity trainings for mamlatdars (through mamlatdar samvad) and talatis”, the report states, “state   governments should design the training and capacity building programme envisaged in consultation with such groups.”

Coming to the geographical information system (GIS) data, the report states, “There have been numerous instances of GIS data conflicting with the situation on the ground and resulting in denial of justice and land rights to the vulnerable. While strengthening GIS is important, the policy must build in the following safeguards:

And, finally, on the need to implement the policy, the report states, “The policy must detail the composition, functioning, powers and mandate of this mechanism. This is the most crucial section of the policy and is the least detailed. How the policy will be monitored and how implementation will be ensured in a time bound manner are fundamental questions that need to be answered concretely within the policy itself so that appropriate feedback can be provided by stakeholders.”