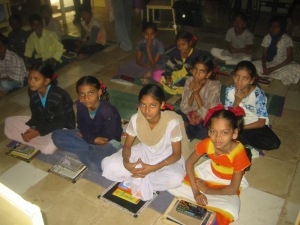 The Reserve Bank of India’s annual report on the state of state finances has been released. Providing inter-state comparison on a large number of indicators, the report suggests that Gujarat continues to spend less on the social sector, despite state  government claims. A counterview.org analysis:

The latest Reserve Bank of India (RBI) report, “State Finances: A Study of Budgets of 2013-14”, has once again demonstrated that the Gujarat government has not been spending enough on social sector, despite its poor human development indicators. Brought out in January 2014, the report – an annual exercise – says that in India as a whole “the expenditure pattern revealed an improvement in quality, as reflected in sharp increases in development expenditure, particularly social sector expenditure.”

However, the data the RBI report has put out go to show that Gujarat has failed to improve upon its social sector expenditure in the recent past. In fact, if the report is any indicator, overall spending on the social sector – which includes not just education and health but also expenditure on rural development, food storage and warehousing – has stagnated over the last four years.

What is particularly disconcerting about disbursement of budgetary allocation for the social sector is that it has failed to rise over the years as percentage of the Gross State Domestic Product (GSDP). Social sector expenditure as per cent of GSDP is calculated in order to find out how much does the government support the social sector even as the economy is expanding.

Thus, Gujarat’s projected social sector expenditure for the year 2013-14 as per cent of GSDP at 5.5 per cent is lower than all major 17 states, which the RBI report has separated for analytical considerations, except one – Maharashtra (5.4 per cent). The projected national average spending for the social sector for all states is 6.6 per cent, the report suggests

The RBI’s report is based on the data provided by respective state governments. Says the report, “This report is based on the receipts and expenditure data presented in the budget documents of 28 state governments. Data in respect of two Union Territories (UTs) with legislature, viz., National Capital Territory of Delhi (NCT Delhi) and Puducherry are provided separately as memo item in all statements. The analysis conforms to the data presented in state budgets and the accounting classification thereof.”

The RBI report notes with satisfaction about the country as a whole, that “important sectors such as agriculture, education, medical and public health, and infrastructure development have been accorded priority in state budgets”, adding, this suggests “continuation of policy initiatives to improve transparency, governance and delivery of various public services  in 2013-14.”