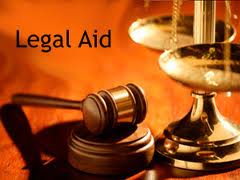 About six years ago, a study, prepared by the Indian Institute of Paralegal Studies, Ahmedabad, and submitted to the State Legal Services Authority, on implementation of the National Legal Services Act, 1987, in Gujarat, pointed towards how large sections of deprived sections of the population do not know that, under the provisions of the Act, free legal services are their right. The Act seeks to provide free legal aid to all members of a scheduled caste or scheduled tribe, all women and children, victims of trafficking in human beings, persons with disabilities, victims of manmade disaster, ethnic violence, caste atrocity, flood, drought, etc., industrial workmen, persons in custody, and persons in receipt of an annual income which is less than that prescribed by the state government. Have things changed? A recent consultation at the Centre for Social Justice, Ahmedabad, tried to find this out.

The study had underlined that free legal aid was largely on paper in Gujarat. Finished in November 2008, and based on an on-the-spot query of different sections of population in several of Gujarat’s district, apart from information gathered under the right to information (RTI) Act, the study had also found that there was complete indifference towards working of the free legal aid system on the part of the authorities. In fact, it found that the effort to bring about awareness among the people about legal aid, which is one of the primary aims of the authority, was being met with resistance at the local level. Not only did most districts not have fully functional committees to monitor the functioning of the legal aid mechanism. These committees were not serious in ensuring that people got free legal aid.

Nothing has, apparently, changed even after the lapse of so many years. The consultation at the Centre of Social Justice, Ahmedabad, suggested that effort to make people, especially women and members of backward classes, aware of free legal aid remains largely on paper. While the authorities are indifferent towards holding awareness camps, the local establishment resists these shibirs. During the interaction, in which advocates from lower courts participated, complains galore on how free legal aid has become something of a “joke”. One of them said that the authorities have lately set targets for the advocates to hold free legal aid camps or shibirs across Gujarat. “Shibirs have turned into a formality”, an advocate working in a sessions and taluka court of Saurashtra region said. “Recently, we counted that as many as 21 camps were held in just eight days. Often the panchayat chiefs would just sign on paper that the awareness camp was held, and things would end.”

The consultation only validated what the 2008 study had found. The study had suggested that in the predominantly Dahod district, legal aid camps to bring about awareness of legal aid were held but these were “designed around topics like breeding of plants and safety of environment”. In Jamnagar — which is fast turning into an industrial hub of Saurashtra — “the Gujarat Foundation Day was the topic for camps.” Things were not very different at other places. The authorities took up topics related to literacy, Gandhi Jayanti, or how to improve the quality of seeds – which do not in any way fall into the category of legal awareness. The most prevalent issues such as dowry, sexual violence, and consumer protection issues were found to be non-issues.

The consultation at the Centre for Social Justice has suggested that things today have reached such a point where panchayat chiefs and other members of panchayats “make fun of the legal aid camps”. One advocate said, “Knowing full well that these camps are being held in an effort to fulfill a quota, they often ask us why we should have such camps at all. And as the discussion topics do not directly touch the needy sections of the population, the vulnerable sections of population avoid coming to these camps”. Another advocate added, “The established interests are not interested in holding these camps at all, because they know that if legal aid is given to women victims of sexual violence, it would hit the oppressive system prevailing in the village. The entrenched sections are not interested.”

The advocates told the consultation that efforts should be made to ensure that free legal aid reached the poor and the needy in every possible way. Suggesting that the advocates who are more aware about social issues are particularly interested in holding these shibirs in their true spirit, a woman advocate, who works in a Veraval sessions and taluka court particularly said that, as member of the Mafat Kanuni Satta Mandal (free legal aid authority), “we juniors have amassed huge experience on basic problems facing the people and how free legal aid can help overcome these problems.” Though offered just about Rs 500 per criminal case and Rs 700 per civil case, a pittance, she said, “During the shibirs we hold, issues we try to take up, despite resistance from the established interests, include those related with livelihood, violence against women, property disputes which keep women out, and so on.”

“The established interests, particularly the sarpanches and the talati-mantris (the lowest revenue officials), at several places, ask us to take our money, and request us not to hold the shibirs at all. Of course, they are afraid of behaving this way when some higher-up officials, in a van with Gandhinagar number plate, would accompany us. They would allow us the shibirs for a couple of hours. But they would never want us to raise issues related with violence against women and property rights to women, as they know this would hit them badly. We found they particularly feared awareness among women, as women in these shibirs would want to know more and more legal opportunities in order to fight cases in their favour. This is true of women who have been abandoned or widowed”, the lady advocate said.

“We would want to help these women, inform them that they would get free legal aid facility, and they must avail of it. But the established interests would tell us that they do not need our help at all, that we had better go. Some sarpanches tell us frankly that in case women are made aware of the issues involved, they would raise their head and ‘destroy’ the peaceful atmosphere prevailing in the village. We only inform women about what the laws say, and if they want they can approach us for free legal aid, otherwise there is no need. There was one case in which we helped a woman, who father died, to inherit her share in the family property, despite resistance from her brother. We inform the shibirs about such cases, but this is exactly what the panchayat chiefs and talati-mantris do not like”, the advocate pointed out. “We observed that women belonging to the Kharva community would particularly want to know about legal issues.”

It wasn’t just women, the advocate said, who would want free legal aid. “Backward communities, including Ayars, Karadia, Kharvas, Dalits and others would come up with their problems, especially those related with exerting their rights in villages. Their problems would relate to refusal by the panchayat chief or the talati mantri to issue caste certificate. We would inform the backward class people about the legal right of obtaining the certificates. Then, there would be problems related with property on the death of particular person. While there are some sarpanches who do cooperate, majority are such who discourage discussions. They would, instead, want us to talk about issues which are not related with legal issues at all”, the advocate said.

“The situation is the same in entire Amreli district”, said another advocate, adding, “Whether it is Sutrapada taluka or Kodinar taluka, the Gujarat government scheme of providing free legal aid, we found, has been undermined. Especially in Kodinar, the drunkenness of adult males is a major problem. Drunken men beat up wives. Then, there are cases related with property. There are also cases related with husband having pushed wife out the house, and staying with another woman, without even giving any compensation to the legal wife. On many of these issues, women’s awareness is just negligible, though they would want to know of the existing issesl”, the advocate pointed out.

The situation is the same all over India. A recent study by the Centre for Social Justice in half-a-dozen states, titled “National Legal Services Authorities Act 1987: A Performance Audit”, focuses on the right to free legal aid, and has found that the level of awareness regarding free legal aid services amongst various stakeholders is quite low, which leads to a situation where the “possibilities of corruption by lawyers handling cases cannot be avoided.” The study says, “The Act gives a holistic vision. It specifically talks of development of alternative dispute resolution mechanism.” However, it regrets, “when it comes to implementation, the concept has been reduced to conducting one day event of Lok Adalats.”