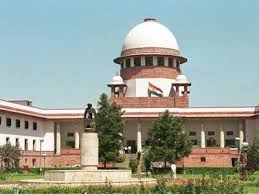 On August 19, 2014, the Supreme Court of India has begun implementing its new set of rules for regulating its practice and procedures. These rules were notified in May this year. They replace the existing rules brought into force in 1966 (to download the new SC rules click HERE).  It may be noted that the Registry of the Supreme Court is also a public authority under the Right to Information (RTI) Act, 2005. Whether the Chief Justice of India is also a public authority under the same law, is a question that has been referred to a Constitution Bench of the Court in November 2010 in the matter of Central Public Information Officer, Supreme Court of India vs. Subhash Chandra Agrawal, (2011) 1SCC 496.

This bench has not been constituted for almost four years despite important constitutional and legal questions being framed by the three-judge bench. This is the well known “judges’ assets case”, initiated by the RTI intervention of veteran RTI activist Subhash Chandra Agrawal.

While access to court records was governed by Order XII of the 1966 rules, they have been split up under Orders X and XIII in the 2014 version. They cover the rights of parties as well as strangers to information about any judicial proceeding. The 1966 rules required a stranger who is not a party to any ongoing judicial proceeding to give reasons (i.e., “show cause”) for seeking copies of documents related to that proceeding. This requirement remains unchanged under the new rules.

Division benches of both Rajasthan and Delhi High Courts have ruled that when a public authority under the executive arm of the state receives RTI applications, it must deal with them in terms of the RTI rules and not any other rules, especially with regard to calculation of fees. These judgments will override the Delhi High Court single judge bench’s 2012 directive that when other laws also provide for access to information then those fee rules will apply no matter what [See Registrar of Companies and Ors vs Dharmendra Kumar Garg and Anr. (2012) ILR6 Delhi 499]. So the same principle must apply to courts as well.

A clear recognition of commonsensical principle seems to have guided the Madras High Court to amend its Appellate Side rules (but not the Original Side rules) in 2010. Order XII, Rule 3, earlier required a stranger to a case to submit an affidavit explaining to the Court why he/she wants copies of a court record. The 2010 amendment deletes this requirement. So now a stranger to an ongoing appeal case needs to only make an application to the Madras High Court seeking copies of any document of an ongoing case. While notifying its new rules, the Hon’ble Supreme Court could have incorporated similar provisions to make them RTI-compliant.

I hope the Apex Court makes its new rules RTI compliant just as the Madras High Court did four years ago.

Article 145(1) of the Constitution is the source of the Apex Court’s power to make rules with the approval of the President to regulate its procedure. This provision starts with the phrase: “Subject to the provisions of any law made by Parliament…” The RTI Act is clearly a law made by Parliament and covers the Supreme Court squarely as a ‘public authority’ and all court records as ‘information’ within its definitions. So when a request for court records in an ongoing case is made under the RTI Act, the RTI rules must prevail because the Constitution subjects the Court rules to the RTI Act. Time and again the PIO of the Apex Court has contested this position. A matter relating to access to records on the administrative side of the Apex Court in which I assisted the Appellant has been referred to a full bench of the CIC in May this year. The outcome of a writ petition in the Delhi High Court against the Apex Court — again about information pertaining to the administrative side which Commodore (retd.) Lokesh Batra has filed — is awaited as the judgement has been reserved last week.

The video recordings will become ‘information’ for the purpose of the RTI Act and may be accessed on an urgent basis within 48 hours if circumstances so require. I hope readers will go through the Court’s order (2nd attachment) and take a call on whether to demand that similar practices be adopted in their own States to prevent custodial deaths and torture.

Videography of postmortem examination of victims who died in police custody or encounters is mandatory: In March this year, the chairperson of the National Human Rights Commission (NHRC) had written to all chief ministers in the states, reminding them of the obligation of the authorities, to videograph the post mortem examination of all victims of custodial deaths and those killed in encounters with the police (a copy of the letter written to the Chief Minister of Jammu & Kashmir and the compliance memo issued by the Home Department can be downloaded HERE).

These video recordings also become “information” under the RTI Act and may be sought either from the police station concerned or the NHRC through an application.