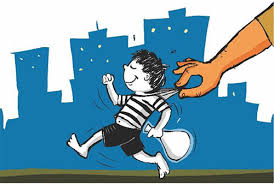 The People’s Union for Civil Liberties (PUCL) strongly condemns the recent Juvenile Justice (Care and Protection of Children) Bill 2014, which permits juveniles between the ages of 16 – 18 years who are accused of committing “heinous” offences (i.e. crimes carrying imprisonment of seven years or more) to be tried as an adult, and also proposes that such children should be transferred to adult prisons.

PUCL would like to point out that this amendment creating a new class of juvenile offenders (by differentiating between children between 16-18 years and those below 16 years) violates the UN Child Rights Convention (UNCRC) which clearly provides that all signatory countries should treat every child under the age of 18 years “in the same manner” and not try them as adults as this will be discriminatory towards children. It is important to point out that India is signatory to the UNCRC, and in fact the Juvenile Justice (Care and Protection of Children) Act, 2000 has been framed to comply with the UNCRC.

These legal  changes run counter to the judgment of a Constitution Bench of the SC in `Pratap Singh vs Jharkhand’ which held in 2005 that in offences involving juveniles, what matters is the age of the offender on the date the offence was committed and not the date when he was arrested.  This apart, the amendment to the law making the age of the juvenile offender on the date of arrest and not age on date of committing offence runs counter to fundamental rights guaranteed under Article 14 (equality clause), Article 20(1) (not subjecting to penalty greater than applicable at time of commission of offence) and Article 21 (requirement of fair and reasonable procedure).

What is very unfortunate is that the Ministry of Women and Child Development has completely ignored the recommendations of the Parliamentary Standing Committee on Human Resources Development which submitted its report on the proposed Bill in February, 2015. The Report stresses, “The Committee is dismayed to note that in spite of such a huge feedback made available to the Ministry, it failed to analyse and incorporate many of the valid suggestions of the stake holders on some crucial provisions of the proposed legislation” and concluded that the “existing juvenile system is not only reformative and rehabilitative in nature but also recognises the fact that 16-18 years is an extremely sensitive and critical age requiring greater protection. Hence there is no need to subject them to different or adult judicial system as it will go against articles 14 and 15(3) of the Constitution.”

The Committee also clearly pointed out that data of increased crimes committed by juveniles in the age group of 16-18 used as an argument by the ministry for the proposed changes are “misleading” and based on figures of FIRs registered and not convictions. They therefore recommended that the 2000 law not be amended.

The 2014 Bill also has other legal infirmities. To illustrate, there is improper gradation of offences and disproportionate penalties, as for example, penalty for engaging in child trafficking is lower (5 years’ imprisonment) than giving a child intoxicating substances (7years’ imprisonment). This glaring discrepancy is shocking considering the extent of child trafficking In India.

The 2014 Bill was proposed in the wake of the Nirbhaya incident ostensibly as an attempt to improve women’s safety. However, there is little or no evidence to suggest that greater incarceration of juveniles contributes to lower levels of crime. In fact, NCRB statistics, which are the only cited basis for the introduction of this Bill, indicate only a negligible increase in crimes by juveniles, most of which can be attributed to criminalisation of consensual sexual activity between children. Very importantly, the structure proposed by the Bill, to examine thecapacity of a child to commit a crime is unfeasible, as there is no scientific basis proposed for assessment. This experiment in transferring juveniles to adult prisons has conclusively failed in every other country which has adopted it, and increasing levels of recidivism is a guaranteed outcome of such a system.

The manner in which this Bill has been pushed through suggests a complete disregard for the civil liberties and human rights of children. The Bill was introduced with only fifteen days time given for public comments, and no attempt was made to disseminate its provisions among the general public. There seems to be a concerted agenda to push this regressive Bill forward, undoing the increasingly progressive understanding of juvenile justice that we have achieved in the last 15-20 years.

We wish to point out that increasing number of children in conflict with the law is actually an indicator of the failure of society to take care of our children. It is also fallacious to suggest that greater levels of incarceration can address violence against women; this denies structural inequalities which perpetuate violence against all vulnerable groups in society, including children and women. We have observed that in any case the police arrest juveniles with impunity, even in the absence of judicial provisions. Therefore this Bill, if passed, will only enable the State to do so with legal sanction.

PUCL has always believed that deterrence through harsher punitive measures cannot adequately address crime in society. PUCL also believes that civil liberties and due process cannot be sacrificed on the specious and fallacious reasoning of ensuring public safety. It is common knowledge that the Indian prison system does not rehabilitate, and subjecting children to the adult prison system will only push them further into a life of crime. Children imprisoned under the new law and coming out of adult jails will not only have no jobs, skills, education and thus no employability, but will also be forced to a life of crime for sheer survival.

PUCL therefore demands that the provisions of Juvenile Justice (Care and Protection of Children) Bill 2014 enabling transfer of children to an adult prison system be rejected in their entirety, and that the Parliament of India upholds the human rights of children to be treated with fairness and compassion.