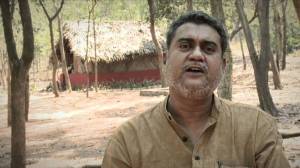 Text of the objections to the Draft Notification No 1136 amending Environment (Protection) Act of 1986, raised by Ravi Rebbapragada, executive director, Samata, an Andhra Pradesh-based people’s organization, in a letter to the Ministry of Environment, Forests and Climate Change:

Samata is a social action group working on issues of human rights and environment, particularly in the context of indigenous (tribal/Adivasi) communities in the Eastern Ghats of southern India and specifically in the north coastal region of the state of Andhra Pradesh. Samata’s primary focus has been on empowering the tribal people to assert and protect their constitutional and traditional rights over their na tural resources and traditional livelihoods.

We would like to raise objections the Draft Notification No 1136 amending the Environment (Protection) Act of 1986 and propose the ministry to recall back the notification. Environmental Impact Assessment (EIA) is a legal process under the Environment (Protection) Act of 1986 that oversees any grants or rejects environmental clearance to any industry or activity. This clearance is necessary for any project proponent to implement any activity. This draft notification will effectively dilute the law as it exists.

Firstly, it is mentioned in the notification that the primary purpose of Environmental Supplemental Plan is to discourage violation of law and public health benefits. It must be observed that the current law as it exists has the provisions to file criminal complaints and prosecute the offenders. Unfortunately the ministry has not been exercising the power and falsely assumes the ineffectiveness of the law. In the existing circumstances some of the regions enjoy special protection due to them being geographically and economically diverse and sensitive. The notification if passed will break this protective barrier and expose these sensitive areas to violators.

Secondly, how can justice be achieved by allowing the violators to legalize their activity who in the first instance violated the law itself? The “Environmental Justice” as per the notification is defined as the fair treatment and meaningful involvement of all people, castes. It should be noted that EIA has clearly demarcated provisions for realizing environmental justice but has not been implemented in the spirit of the constitution. It is feared that this notification will further remove whatever little teeth is left of EIA and render it redundant. The polluter pay principle is an important component of environmental law and the apex court has reiterated that it is not a license to pay and pollute. The proposed notification does just the opposite and allows the violators to pollute and then pay and to even legalize the activities.

Lastly, it is observed that the notification has been prepared in haste without due diligence and concern towards the environment and society. The striking similarity between the US SEP and Indian ESP is hard to miss. Most of the contents seem to be taken verbatim from the SEP. This does not augur well with the larger implications the notification will bring about. We believe the intention of this notification is to account for all the violations, but the notification does not in any way serve that purpose. Contrarily, it indirectly is providing the violators of an escape route and negates the very purpose of EIA. In the best interest of the country and the people The Ministry should immediately recall the draft notification which would otherwise encourage bad corporate behavior and will lead to ecological and environmental disasters.