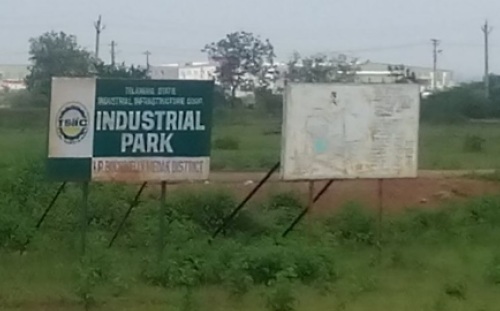 We the undersigned people’s movements, women’s groups, civil society organizations and concerned citizens from Telangana and across India seek your immediate intervention in ensuring the right to land, livelihood, food and ecological security of lakhs of small and marginal farmers, landless families and displaced persons, most of who are dalits, adivasis, women and whose constitutional and human rights would be seriously prejudiced, with your assent to the Telangana Land Acquisition Amendment Act 2016.

We earnestly call upon you not to assent to the Telangana Land Acquisition Amendment Act 2016, passed by the Legislature of Telangana (hereinafter referred to as the Telangana Bill) which is in clear violation of the Right to Fair Compensation and Transparency in Land Acquisition, Rehabilitation & Resettlement Act, 2013 (hereinafter referred to as the LA-R&R Act, 2013) passed by the Parliament of India. We would also like to inform you at the very outside that the aforesaid Bill was passed, despite severe opposition from numerous farmers groups, project-affected groups, civil society organizations, political fronts and parties.

Before providing our detailed comments on some key provisions of the Bill, we herewith highlight the principal reasons, as to why the Telangana Bill is a clear attempt to scuttle implementation of the 2013 Central Act and must therefore not be enacted into law.

Summary of Objections to the Telangana Bill, 2016:

The Land Acquisition and R & R Act, 2013 includes progressive provisions like consultation with Gram Sabhas, social impact assessment, options assessment and minimizing acquisition/destruction of farm land, acquisition of minimum multi-crop land only as the last option, ensuing food security, recognition of the livelihood rights of landless, fair compensation, land based R&R etc, return of land unutilized even after 5 years etc. The Telangana Bill violates some of these key provisions of the 2013 Act as enlisted below:

Detailed Objections to the Telangana Bill, 2016:

Land Acquisition in India has had a long history of subjugation, displacement, dispossession, violence, revolt, loss of life. The Land Acquisition Act, 1894 did not provide adequately for rehabilitation and resettlement (R&R), and R&R was seldom a criterion in most projects, except meagre cash compensation. The Right to Fair Compensation and Transparency in Land Acquisition, Rehabilitation and Resettlement Act, 2013 (LA-R&R Act 2013) passed by the Parliament of Indiawas a significant step in protecting the rights of the oustees and others dependent on land. The scrapping of 1894 Act and enactment of the 2013 Act itself was effectuated by the large number of struggles waged by the farmers, landless, dalits, adivasis, forest dwellers, women and project-affected people and their organizations from across the country, over decades.

Thus drawing from more than a century of acquisition and displacement, leading to impoverishment and unrest amongst millions of toiling masses, the LA-R&R Act, 2013 incorporates strong and detailed provisions to safeguard the interests of project oustees along with some measures for rehabilitation and compensation to restart their life/livelihood.

The LA-R&R Act, 2013 specifically deals with 3 aspects i) the process of land acquisition ii) compensation  iii) rehabilitation and resettlement of the affected families. Persons across India affected by any project, either losing land or livelihoods due to land acquisition are now secured and protected by the provisions under this Act.In the Concurrent list of the Constitution, the Central legislation ‘covers the field’ in this respect and doesnot allow for any other contrary enactment by a State government.

The LA-R&R Act, 2013 was passed after more than two decades of protracted people’s struggles, deliberation by parliamentarians, detailed reviews by Parliamentary Standing Committees keeping in mind the tremendous sacrifices that the millions of  land-owning farmers and livelihood losing people had made till that time for the sake of the ‘development of the country. Under the LA-R&R Act, 2013, the state governments may formulate either an Act or a policy vis-à-vis two aspects in accordance with Section 107 and 108 of the LA Act 2013:i) better compensation ii) better rehabilitation and resettlement, than the ones already provided under the I, II and III Schedules of the Act of 2013.

Therefore, since the field of land acquisition is already covered by the Act of Parliament i.e., LA-R&R Act 2013, which clearly allows the state governments to only make an Act or a policy in relation to better rehabilitation and resettlement and better compensation, the State of Telangana ought to limit  and restrict its proposed Telangana Land Acquisition (Amendment) Bill 2016 to only these two avenues for better compensation and better rehabilitation and resettlement which the state has to provide to affected families as clearly better and above than that provided by the LA-R&R Act, 2013.

In fact, for more than a year and a half, the Govt. of Telangana has been undertaking legally questionable acquisitions under a Govt. Order called GO 123 (passed on 30/7/2015) and by-passing compliance with the 2013 Act. Massive protests and legal action by farmers and displaced persons, especially the women and men affected by the Mallanna Sagar and NIMZ Projects, led to a recent order of the dt. 5/1/2017 by the Chief-Justice led Division Bench of the High Court of Telangana and Andhra Pradesh, upholding the Right to Fair Compensation and Transparency in Land Acquisition, Rehabilitation & Resettlement Act, 2013 and directing an interim stay on GO No. 123 and 214 (land purchase policy) issued by the Govt. of Telangana (GoT), which numerous groups of farmers-oustees have argued is “illegal, arbitrary, unconstitutional, against the concept of welfare state” and violates the rights of both landed and landless project oustees guaranteed by the 2013 Act. Having failed to impose the GO No. 123, Govt. of Telangana now seeks to legislate the same GO, violating the 2013 Act.

Clause-wise Comment confirming violation of 2013 Act by the Telangana Bill:

The State of Telangana must strictly follow the Land Acquisition process as provided in the LA-R&R Act, 2013 including Social Impact Assessment, Notifications, Revision of Registration values, determination of land values, before coming up with better awards of compensation and rehabilitation and resettlement. The state cannot mix compulsory land acquisition procedures with ‘Consent awards,’ similar to G.O.Ms.No.123 Revenue (JA & LA) Department, Government of Telangana, dated 30.07.2015, and must follow all land acquisition procedures under LA-R&R Act, 2013, before initiating state specific process for better compensation, rehabilitation and resettlement.

Problems with the Statement of Objects and Reasons:

States have absolutely no power to execute a ‘state’ Act vis-à-vis ‘land acquisition,’ under Section 107 of the Right to Fair Compensation and Transparency in Land Acquisition, Rehabilitation and Resettlement Act, 2013. The field is already occupied by the central LA Act (2013), and the state necessarily has to comply with all the procedural requirements including, Social Impact Assessment, notification, declaration and award of compensation and decisions relating to rehabilitation and resettlement.

The state only has a ‘limited’ right vis-à-vis declaration of ‘better’ compensation and ‘better’ rehabilitation and resettlement than the LA Act 2013, which it has to provide to the affected persons. This too, only after satisfactorily complying with all procedures relating to land acquisition under the 2013 Act. Therefore, the statement of Objects and Reasons make no real sense at all.

In summary, this proposed Bill of the Telangana Govt. is a rehash of the draconian GO MS No. 123 that was quashed by the High Court, which violates several fundamental rights, including Article 14, 19, 21 (life and livelihood). If this Bill becomes law in the state of Telangana the very premise of enacting the comprehensive LA & R&R Act, 2013 would become redundant.

The state of Telangana ought to restrict itself vis-à-vis land acquisition procedures, so that the same do not violate the centre-state comity as guaranteed by the Constitution as Land Acquisition is provided in List III, Concurrent list, of the Constitution, where if the field is already occupied by a Central Act, then a state Act cannot violate the same. We enclose herewith a detailed note/critique of the Telangana Bill, 2016 vis-à-vis the LA-R&R Act for your kind perusal.

We humbly wish to remind you that even as this Bill is being placed before you under Article 254 (2) of the Constitution, you reserve every right and responsibility to ensure a complete application of mind and objective examination of the overall facts and circumstances, which clearly point out that the Bill is a pernicious exercise in constitutional abuse and must not be permitted. The Hon’ble Supreme Court in a landmark Constitution Bench decision in Kaiser-I-Hind Pvt. Ltd. v. National Textile Corporation (2002) held, in relation to Article 254(2), that the words “reserved for consideration” would “definitely indicate that there should be active application of mind by the President to the repugnancy… and the necessity of having such a law, in facts and circumstances of the matter…”.

In view of the aforementioned submissions, we seek your intervention by way of refusing to assent to the said Bill, amending the 2013 Act on Land Acquisition and Rehabilitation, passed by the Telangana Assembly when it comes for your consideration and ensuring that the constitutional and human rights of the farming and working communities in Telangana state are not violated.

As progressive people’s organizations representing the interests of the marginalized communities, we sincerely and unequivocally urge you not to assent to the Land Acquisition (Telangana) Amendment Bill, 2016 as it completely nullifies the progressive provisions of the 2013 Act and would result in immense harm to lakhs of small and marginal farmers, landless families and displaced persons, most of who are dalits, adivasis, women in the State of Telangana.