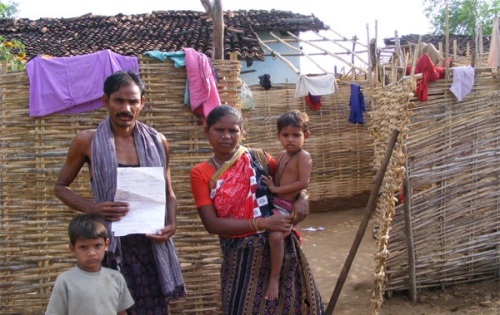 Goal 16 of the United Nation’s Sustainable Development Goals may have focused, among other things, on access to justice for all. But facts show that India’s effort towards achieving the goal is anything but satisfactory, whether it is provision of infrastructure, human resources, or public investment into achieving the goal. Worse, when it comes to the marginalised communities, access to justice particularly takes backseat.

A nationwide survey on access to justice, conducted by Bengaluru-based NGO Daksh, in 305 courts across 170 districts of 24 states, interviewing 9,329 litigants, gave startling results. The loss of wages and business for litigants attending lower court hearings was estimated at over Rs 50,000 crore a year at an average of Rs 1,746 per case per day. If one adds to this the cost incurred by litigants in a year on payment of legal fees and other expenditure, the figure reaches a whopping Rs 80,000 crore annually or 0.70 per cent of India’s GDP (in 2015-16).

Pointing out that “majority of litigants strongly felt that delay in their cases is caused because judges do not pass orders quickly”, the survey report states that more than 60 per cent of the litigants said the delay was caused because the judges did not pass orders quickly, while about 50 per cent said that it was because of lack of adequate judges. The marginalised communities suffer the most, suggests the survey. In majority of cases involving poorer and marginalised sections, the lawyers appointed by courts are “not allotted” through legal services authorities (without any fees). Of the 9,329 cases, only in 132 of the survey respondents, or less than 2 per cent, said they availed the facility. The rest got lawyers based on reference from family, or friends, or colleagues, or other acquaintances.

That the marginalised communities suffer the most because of poor infrastructure and human resources is clear from the Supreme Court taking strong exception to tardy implementation of the Scheduled Castes/Scheduled Tribes (Prevention of Atrocities) Act. Criticising the government’s “indifferent attitude” towards the Act, a bench headed by former Chief Justice TS Thakur, observed in December 21, 2016 that “the constitutional goal of equality for all the citizens can be achieved only when the rights of the Scheduled Castes and Scheduled Tribes are protected. The abundant material on record proves that the authorities are guilty of not enforcing the provisions of the Act.”

The International Dalit Solidarity Network notes non-implementation of laws prohibiting caste discrimination, especially the Scheduled Castes and Scheduled Tribes (Prevention of Atrocities) Act, and ignoring of “several UN human rights bodies” which have “underlined the need for strong enforcement of laws to prevent and eliminate discrimination”. The Committee on the Elimination of Racial Discrimination has “expressed deep concern about the non-implementation of legislative measures to protect the rights of Dalits in a large number of affected countries”, while UN Special Rapporteur has called it as one of the “contemporary forms of racism.”

An international survey carried out by the World Justice Project, placed India among 133 countries in rule of law index, well below at least two peer countries Brazil (52nd) and South Africa (43rd). An editorial notes, the poor ranking is the result of “insufficient attention” to access to justice, pointing towards the fact that India hasn’t yet ratified “UN conventions on torture, rights of migrant workers and their families, and protection against enforced disappearance.” Calling it a “serious lacuna” it adds, one would also need to look into factors like the need to handle “major emerging challenges such as urbanisation, the housing deficit, access to power, water, education and health care.”

*Development educator and practicing OD professional with the voluntary sector,  co-founder of Ahmedabad-based Centre for Social Justice, which works on access of justice.