After a lot of walking and asking around, I could finally locate the small, crudely built shack. Located in the interiors of Canning, South 24 Parganas, Sushma’s village is a far-flung place. It is characterized by the absence of electricity and lack of transport facilities. Sushma (name changed) was trafficked from Bengal to Maharashtra and sold into prostitution by traffickers. After going through an ordeal of spending almost a year in Budwarpeth Pune, she luckily managed to contact her family and was eventually rescued by them. I had met Sushma and her family a couple of times while working with my previous organization and had assisted her with filing victim compensation application before the District Legal Service Authority, South 24 Paraganas, Bengal.

One of the important aspects of rendering justice to victims and survivors of crime is by extending monetary compensation for their loss and suffering. It is to assure them that they are not forgotten in the criminal justice system as it shifts, to a certain extent, the role of a victim of crime in the criminal justice delivery system from the periphery to the center. Under the CrPC, Section 357 incorporates this concept to an extent and empowers the Criminal Court to grant compensation to the victims.

We also have Articles 14, 21, 38(1), 39, 41 of the Indian Constitution that can be ‘emphatically interpreted and imaginatively expanded’ to form the constitutional underpinnings for victimology and provide compensation to the victims of crime. However, the criminal law justice system extends a step-motherly treatment to the aspect of victim compensation and is manifested in the rare invocation of Sections 357 and 357 A​ ​of the CrPC [1], to provide compensation.

In the year 2008[2], through an amendment in the CrPC, Section 357 A was introduced to provide for a comprehensive scheme of payment for all victims fairly and adequately by the Courts. The idea was to reduce the plight of the victims by shifting the responsibility to compensate from the convict to the State. The provision states that every State Government in co-ordination with the Central Government shall prepare a victim compensation scheme for providing funds for the purpose of compensation to the victim.

Not venturing into the discussion of formulating a uniform compensation scheme across all states and union territories (that deserves a separate article altogether) I will be limiting my article on two issues. First and the foremost gap is the lack of knowledge, publicity, and awareness that exists among people regarding the compensation scheme. It would be unfair to expect these victims/survivors of trafficking, who belong to the lowest of the low strata of the society to know about it unless and until they are informed about the same. 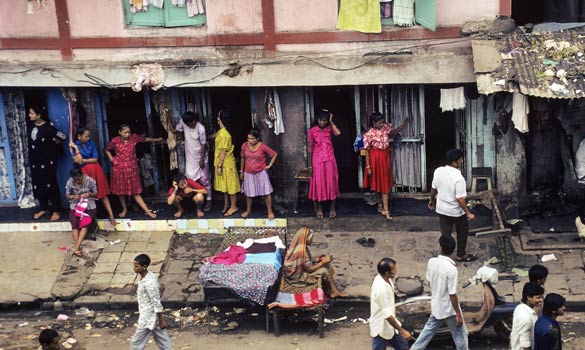 We can always argue that it falls under the ethical and professional duty of the client’s lawyer or the Public Prosecutors to proactively inform his/her clients about the relevant  schemes and their rights under the law but the reality is a majority of them may not be aware in the first place that such a scheme exists. There have also been instances where independent lawyers engaged by the survivors themselves had received money and worked clandestinely on behalf of the accused, thereby cheating on their clients (victims).

This, on the other hand, opens a can of worms with regard to a very relevant issue about the competency of lawyers and legal education in India. Under such circumstances, the responsibility of sensitisation and awareness building becomes a prime responsibility of the Legal Service Authorities and the non-governmental organizations. In Bengal, numerous initiatives have been taken by the Legal Service Authorities and the NGOs, individually as well as collectively by organizing workshops, meetings with the survivors at the local level, but it goes without saying that a lot more needs to be done.

The second issue is the lack of fund. Post Nirbhaya in 2013, the Ministry of Home Affairs, GOI had set up the Central Victim Compensation Fund (CVCF) [3]. As per the CVCF guidelines, one of the objectives of the Central Victim Compensation Fund is to support and supplement the existing victim compensation Schemes notified by States /UT administrations. It also mentions “To encourage States/UT to effectively implement the Victim Compensation Scheme notified by them under the provisions of Section 357 A of CrPC and continue financial support to victims of various crimes especially sexual offenses including rape, acid attack, the crime against children, human trafficking etc.” as its objective.

The fund was set up with an initial corpus of Rs 200 crore sanctioned by the Ministry of Finance out of the Nirbhaya Fund, with an option of receiving funds from the Public. The government of Bengal notified its victim compensation scheme way back in November 2012 and came into effect immediately [4]. However, the number of cases where the compensation money has actually reached the trafficked survivor/ victim is either minuscule or zilch as there is no fund money available with the State and District Legal Service Authorities to disburse compensation amount.

According to a 2013 collaborative NGO study titled “Zero Traffic: Eliminating Sex Trafficking in India” [5], nearly half of India’s trafficking victims reported that their families live on less than Rs. 66 a day. The victim compensation scheme will remain a lip service unless and until the above-mentioned issues are addressed. There is no point in having so many welfare schemes for people unless and until they are aware of such schemes. Similarly, an order to pay compensation amounts to nothing if there is no budget to implement the order.

[2] The 154th Law Commission recommended that compensation should not be limited to fines, forfeitures, and penalties imposed on the accused. The State should take responsibility and embrace the principle of providing assistance to the victims out of its own funds in cases of acquittals or when the offender is not traceable but the victim is identified and also in cases where the offense is proved.