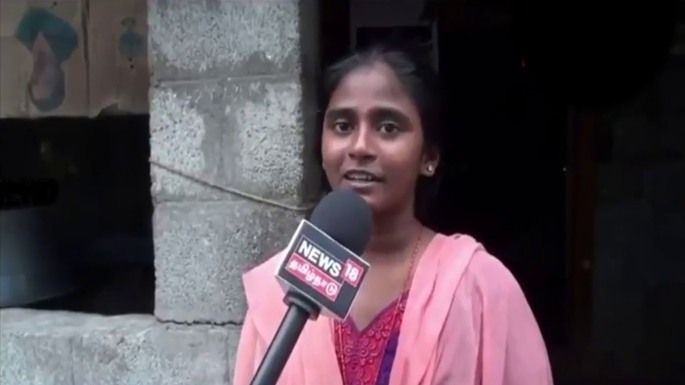 The All-India Forum for Right to Education (AIFRTE) statement on the “suicide” of S Anitha, young Dalit student of Tamil Nadu:

AIFRTE is shocked and deeply saddened by yet another `suicide’ of a young Dalit student whose academic achievement could not allow her to overcome the patronage extended to the privileged classes and castes by India’s highly unequal system of education. This has only been cynically reinforced by the neoliberal `reforms’ introduced to promote privatization and commercialization of education which further strengthens the manuvadi hold of caste divisions and patriarchal gender oppression.

S Anitha, the 17-year old daughter of a daily-wage labourer in Trichy and a student from the Kuzhumur village in Ariyalur district, Tamil Nadu, killed herself at her home, after she lost her medical seat due to the National Eligibility and Entrance Test (NEET). She had scored 98% marks (1176 out of 1200) in the Tamil Nadu State Board Class XII exams and was confident of achieving her dream of getting admission to a government medical college in the state.

Tamil Nadu has as many as 22 government medical colleges, the highest number in any state in India. The education system has produced talented doctors coming from very ordinary backgrounds. The Tamil Nadu government had abolished entrance exam, and admission to MBBS seats in its colleges was accessible based on the Class XII state board marks.  A large number of doctors from government medical colleges serve in the government health service, and a 50% quota in post-graduate medical admissions for MBBS doctors working in rural areas had ensured healthcare in rural areas.

However just last month the Supreme Court ordered that admissions in Tamil Nadu would be based only on the common centralized NEET exam. Anitha had taken part in the struggle against enforcing NEET in Tamil Nadu and even petitioned the Supreme Court against the decision. She had pleaded that poor students like her who lived in villages could not afford private coaching classes like rich elite students from the cities who could spend lakhs of rupees thereby gaining an advantage in `cracking’ the all-India competitive exam.

On the afternoon of September 1st 2017, Anitha took her own life. Amid huge public anger, activists and political rivals have accused both the E Palaniswami government of the AIADMK in the state and the BJP government at the Centre for letting down the state’s students.

Although the Centre claimed to argue for a level playing field across states, Tamil Nadu countered that the NEET benefitted CBSE students from the state and those who could afford private coaching. CBSE-affiliated schools constitute no more than 0.07% of India’s secondary and higher secondary schools, and the NEET deters the entry of more than 85 per cent of Tamil Nadu students studying in state board schools.

Making the centralized NEET exam compulsory violates the federal character of the Constitution and the concurrent status of education. 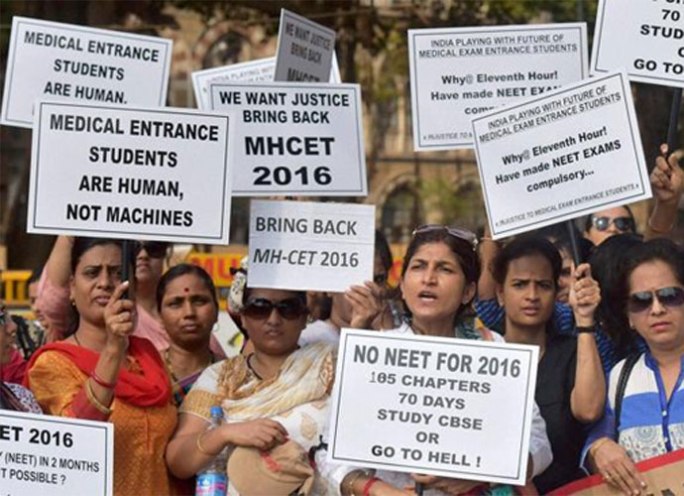 To quote Anitha’s own words, “When nobody gets equal opportunities, who are they deceiving by saying single exam for all . . . ?”

Union minister Nirmala Sitharaman, had promised the Centre’s support for an Ordinance or executive order to exempt the state from NEET for a year, but in court, the Attorney General said the Centre could not back the move. At any rate, as Commerce Minister, Sitharaman herself had implemented the Government of India’s policy not to withdraw the offer made to the World Trade Organization and the General Agreement in Trade in Services (WTO-GATS) to commoditize higher education, to govern it by international trade regulations and to accept the responsibility for promoting the privatization of education, health, sanitation etc.

NEET, which is one more step to implement the WTO-GATS rule in India, brings the entire medical entrance exam under a single body, destroys government-funded medical education and the public health care system. It denies social justice ideals in the name of `standardizing’ talent and merit. The NEET exam will filter out the poor and oppressed classes and castes from entering medical higher education and the health care system.

NEET is just one part of the larger scheme of commercialization of higher education being implemented throughout the Indian education system. Increasing fees, restricting admissions and scholarships in IITs. NITs, IISERs, central universities, state-run universities and professional engineering and medical colleges, and sharply reducing government funding for research centres such as CSIR are affecting the large mass of students and the scientific community across the country.