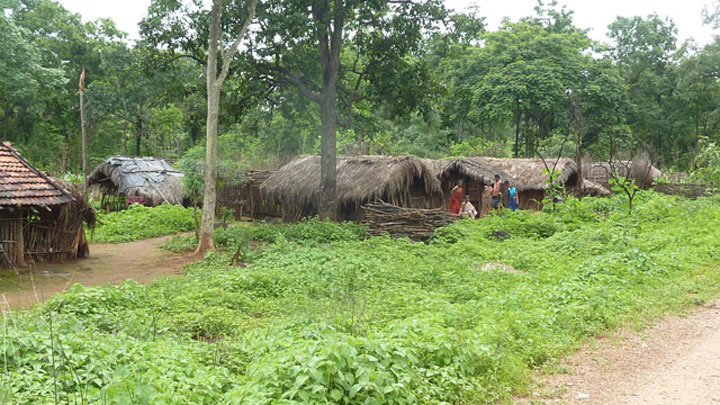 The proposed Comprehensive Land Survey (CLS) of the State of Telangana   appears to have stirred the hornet’s nest within the context of tribal land rights. It is obvious that since Nizam ruling to till the date  various land policy forms introduced by the successive governments have contributed large scale tribal land alienation and created unrest among the tribals.

The open invitation offering lands to outsiders during the  Nizam State in 1920 marked the beginning of their colonization and a new type of immigration that altered its economy and demography in Telangana. The allotment of land of siwa-i-jamabandhi (government land) land by local revenue officials on payment of land revenue facilitated affluent non-tribals to gain access to such lands in tribal areas. Further an activity “Harraz” was under taken by the Nizam enabling  the administrators to sell the land to cultivators also  contributed tribal land alienation during 1940-1950. The desired purchasers had to pay dinner tax to revenue officials to own the land parcel selected in government sales, the process was known as “Zalsapatti”.

The tribals of Adilabad District were subjected  to encroachments of  non-tribals on one  hand on the other the forest officials expanded  the boundaries of the reserved forest at the expense of traditional habitat of adivasis. The tribal oppressive revenue and forest polices of Nizam against tribals resulted in to Komaram bhim revolt and promulgation of The Tribal Area Regulation 1359 Fasali (1949AD) to ensure tribal land protections. Therefore the  incursions of outsiders with their capitalist land tenure systems impinged upon the customary rights of tribals over their resources. Where two cultures came into conflict, the administrative machinery was weighted in favour of non-tribals.

The outcome of tribal protective laws:

The struggle ultimately resulted in promulgation of Tribal Areas Regulation 1359 Fasli (1949 A.D) and Notified Tribal Area Rules 1949 there under. The Tribal Area Regulation (1949)  was  replaced by the Andhra Pradesh Scheduled Area Land Transfer Regulations 1 of 59(LTR) which came into force on 1 December 1963 in Telangana.  To plug the loopholes in the laws the Land Transfer Regulation was further amended in 1970. These Regulations prohibit the transfer of lands situated in the Scheduled Areas by a tribal or non-tribal shall be absolutely null and void unless made in favour of tribals only.

The legal presumption clause under the Land Transfer Regulations 1 of 70, which advocates that the land situated in the Scheduled Areas once belonged to tribals unless the contrary is proved, remained a presumptive statement, rather than a useful legal provision in the context of the legal framework. As a result, the law has acted as a mediating agency in a significant manner in favour of the non-tribals in change of land ownership and use. Thus the unjust legal framework has made possible non-tribals appropriate the tribal lands situated in the Scheduled Areas. The stark reality that stares one in the face is that the cultivable holdings of non-tribals are 52% in   Khammam, 60% in Adilabad and 71% in Warangal Districts as per the Report of Tribal Welfare, 1995, Government of Andhra Pradesh.

Similar Survey and Settlement of lands was carried under AP Mahals(Abolition and Conversion in to Ryotwari) Regulation 1969 in Nugur, Albaka and Cherla in erstwhile Khammam district in 1970. During the survey and settlement process, non-tribals could able secure settlement pattas fraudulently in connivance with the revenue officials. For instance In Bhadrachalam division in Khammam district, 8297 non-tribals were granted pattas in respect of 29,554.16 hectares of land according to the Report of Secretary to Government (1992).

Expressing concern over the grant of ryotwari settlement pattas to non-tribals in the Scheduled Areas during the survey period against the tribal protective land laws, the Secretary to Government, Mr. Govindarajan (1992) reported that “in one case, non-tribals have obtained ryotwari pattas in respect of an extent of 101 acres whereas the tribals are in continuous occupation and enjoyment of the said land”.

Tribal land alienation during the process of updation of land records:

After the commencement of Record of Rights Act 1989 (RoR) most of the non-tribals land occupations in the Scheduled Area without any legal title found place in the record of rights. Though there is a protective clause for tribal land rights in the Record of Rights Act 1989, but  the scope of enquiry under the RoR Act is very limited unlike an elaborate procedure prescribed under LTR to determine the land rights of non-tribals.  Non-tribals could able to create antedated un registered sale papers to escape from the clutches of LTR 1 of 70. Further the Government of Telangana issued GO Ms 153 for regularisation of land transfer deals on ‘Sada Bainamas’ held prior to June 2, 2014, exempting from payment of registration fees up to Ac 5.00 of land. For effective implementation of the order District Collectors were empowered under Record of Rights Act (RoR) 1989 to regularise the alienations effected on the basis of Sada Bainama for agricultural lands as a one-time settlement.

The scheme of surveying the unsurveyed tracts in tribals areas of the State and preparing updation of basic land records was conducted during VII the plan period as part of Integrated Tribal Development Program. The land survey program had commenced in 1986-1987 and continued up to 1996-1997. The survey was held in the erstwhile Khammam district over 2,07,971 acres of land and Warangal district over 34,242 acres of land also contributed non-tribals in telangana to usurp the tribal area lands. In every land surveys undertaken the tribals were the land losers.

Thousands of acres of land under illegal occupation of non-tribals:

The report further pointed out that in Kothaguda Mandal in 5 to 6 Villages 1000 acres of land stands in the name of Ajaib Singh, whose identity is unknown.  Some of these lands are under occupation of non-tribals also. In Narsingapeta Mandal one of the Schedule Villages has Ac 2400 of Government land of which 1700 acres are assigned to tribals as well as non-tribals. In Dhammapeta and Aswaraopet Mandals non-tribals are claiming protection of their government land holdings  under  a nullified GO Ms.No. 41 (1971).

In Chandaguda mandal out of 40130 acres of Patta land in Scheduled Villages 26753 acres are held by non-tribals claiming through Muktadar. There are 6000 acres of Muktadar patta lands in the agency areas  which once belonged to tribals is now under acquisition of non-tribals by virtue of fabricated the Farmans, Maktadar pattas and Khasra entries as per the Girglani report. In Chandaguda Mandal 3653 acres are under encroachment by 1775 ineligible non-tribals. Under old patta category 12000 acres is held by non-tribals in Yellandu Mandal. .In Medapalli Village the Billa Number (Surveyed land without assigning any Number.) is 536 acres of these 180 acres was declared as surplus land under Land Ceiling Act.  Of this 90 acres is under occupation of non-tribals. The Commission recommended for  cancellation of Pattadar Pass Books issued to non-tribals for Government lands. Bhadrachalam Temple land of acres 970 are under occupation of non-tribals.

Total values of endowments land under encroachment and held in violation of LTR can thus be estimated at Rs. 500-1000 Crores,  by conservative estimate as per the report. As per the report in Bhadrachalam agency alone there are about 15000 acres of government lands under illegal occupation of non-tribals. These are few citations among many of such illegal occupations of non-tribals in the scheduled areas of Telangana.

The crucial question here centres round the very basic frame work of CLS in recognising the cultivation of non-tribals in the Scheduled Areas. The non-tribal occupations over land situated in Gayalu or  Government lands are hit by the provisions of LTR 1 of 70 as per the ruling of High Court given in 2007( Vuppuluri Venkatapathi raju vs Special Deputy Tahsildar, Gangavaram).   The Supreme Court in Samata Vs State of AP held in 1997 that the Government also can not assign any right over the governments land in favour of non-tribals.  The High Court of AP (1998) in P.Gangamma Vs Vasudha Mistra, District Collector, West Godavari District passed a judgement holding that all the earlier GOs 41, 951,129 and  971 protecting non-tribals occupations over the Government lands as illegal.. Thus whether the present ruling TRS government will nullify the land record entries made in the name of non-tribal over such government lands and take serious steps to evict them from illegal occupation during the proposed CLS is the fundamental question.

Thus it is evident from the above facts that successive governments have denied the rights of tribals and legitimised the cultivations of non-tribals by making perfunctory entries in the record of rights without following the tribal protective land laws. The recent robust protests of adivasis in Jainur mandal of Telanagana against the evil attempt of revenue officials preparing pahanis in favour of non-tribals is a testimonial for unrest among the tribals.

The Panchayats Extension to Scheduled Areas (PESA) Act 1996 empowers to Gram Sabha to prevent tribal land alienation and restoration of alienated land to non-tribals. As per PESA Rules 2011 all the land transfers shall be placed before the PESA notified Gram Sabha for its review in order to ensure correct land entries in record of rights. In the light of LTR and PESA Act the authorities involved in the CLS require a closer look in to the cultivations of non-tribals One has to wait and see whether the outcome of the present proposal for rectification, simplification and cleansing of land records undertaken by the Telangana Government will either benefit tribals or further help to legitimize the non-tribals illegal occupations in the Scheduled Areas.