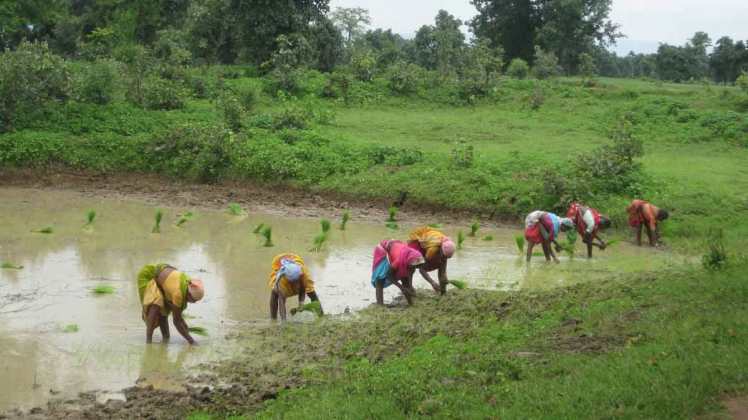 Before I opted for a rural career, I had always imagined that all rural poor wee dimwitted and this was the primary reason of their misery. Most people whom I consulted before embarking on my rural mission admired my aspiration but moderated my enthusiasm with caveats. “They know a lot more than we do. You can at best learn from them.” “Don’t try to supplant their culture; that will be the greatest disservice.” I initially wrote off these responses as an attempt to unnerve me. Later I realized that these advices were not pure banter.

My fertile, overheated conscience was further stung by my academic reading of the sufferings of people in Latin American countries. Driven by guilt, buried under the weight of my attractive job and haunted by the sight of excruciating poverty every day, I volunteered to spend the weekends off from my office with villagers, trying to make up for the fact that I had so much while they had so little.

In my early days a career in banking truly appeared intellectually vegetating, at least for me. There were others who considered it a coveted career. For them it provided an exciting mental adventure and of course enviable salaries and perquisites. Then there was that regal feeling of presiding over huge piles of currency notes. I had   little fascination for figures and at least in the initial years banking appeared more a number cruncher’s delight.  . I was delighted more by peering beyond the dry lifeless figures that statistics were made to appear and observing the millions of human actions that these figures represent. It is all too rarely that a sense of style and an eye for beauty are found to co-exist with a head for facts and figures and a flair for statistical analysis. I was fortunate in being endowed with both. Numbers may have never amused me but I had developed a flair for them. Nevertheless I was not uncomfortable with them.

I had never enjoyed mathematics in my education days. The formulae would spin dizzily around me in my head and I could rarely balance any of the balancing equations. I remember dazed nights spent trying to memorize the periodic tables.

I had heard people talk of a short posting in villages as a way of getting away from the bustle of urban life. They would speak of the bucolic charm of the countryside and dream of images of harmonious simplicity. Indian city dwellers often refer nostalgically to “simple village life

The rustic images hold a unique fascination, both compelling and absorbing. The acrid bluish smoke of cow-dung fires, the cattle returning to the family compound, a meal and then talk around the fire, or a festival celebration of one of the hundreds of gods and goddesses the villagers worship. No two villages are alike; in some class and caste conflicts simmer, in others they’re nonexistent; some villages are rich and mechanized; others live in another age; in some villages, there is comparative equality between men and women; in others the old hierarchies dominate; some villages are open to change: others fear it like the plague.

The fact that despite decades of attempts at developing rural areas, much remains to be achieved suggests that the answers may lie elsewhere. Every developed economy has followed a path which begins with agriculture being the main source of income for the majority of the population, and ends with agricultural employment being a very small fraction of the total labour force. The shift has always been from a village-centric, agriculture-based economy to a city-centric, non-agricultural economy—as agriculture becomes more productive, labour is released into manufacturing and services, which have higher productivity and incomes.

I saw how some of the world’s poorest and most oppressed people are changing our world. But nowhere was my journey through development more influenced than in an unassuming village where I stayed whenever I had the chance over the last fifteen years. This village, Wanoja, became a microcosm of all I saw elsewhere, stuck as it was in centuries of tradition. Only the names changed. It provided me with friends and joyful moments and sometimes gave me hope in human progress. But, just as often, it crushed that hope in the nasty friction between irresolvable social divisions. Even in the violence that submerged my village I saw the hope of people breaking the status quo and gaining a voice. I saw women grappling with intense poverty. I heard the struggles of the women at the grassroots. Initially I often broke down in confusion, not knowing what contribution I could make, but over time I decided that my future lay with these poor but tenacious women who were fighting daily misfortunes to build a decent future for their families.

I saw villages that enjoyed a dramatic increase in crop yield and incomes after agricultural scientists advised farmers on watershed techniques—a fancy term for digging ditches so good that soil is not washed away. While it will not solve India’s deep-rooted agriculture problems, better information can significantly boost food production and rural incomes.

If only they could be convinced that building the foundations for development, such as constructing water-harvesting structures, or investing in good breed animals for future dairy profits, was of equal importance to that of building the a community well, then rapid changes in the livelihoods of the people could happen.

Women are using whatever their levers of authority provide to bring about change in their societies. The World Bank’s World Development Report on gender equality and development shows progress in some areas, while in others gaps between men and women stubbornly persist. In India, the World Bank team discovered that measures like the introduction of quotas for women in the Panchayati Raj, or village level government,  has led to better access to clean water and sanitation, crimes against women being reported more often, and a jump in prosecution for those crimes.

The quotas have certainly been useful in  ensuring that women are equally represented and have the opportunity to improve the quality of governance. Women have the potential to turn around the pyramid of their societies. Enabling them to participate in an active, informed, and meaningful manner in the governance of a village is the key to making each village, in the words of Mahatma Gandhi, a “perfect democracy based upon individual freedom.”

For this to happen, women need to actively compete in the present political game in the rural arena. It’s going to be a much harder, longer road than policy wonks may imagine. But if they have the will, they can succeed. They know from their past lessons that they have the tools and they increasingly need to summon their political will to support reforms that can engender greater empowerment for women.

We now have the techniques and resources to get rid of poverty. The real question is whether we have the will.

*Author of the bestselling book, “Village Diary of a Heretic Banker”, has worked in the development finance sector for almost four decade