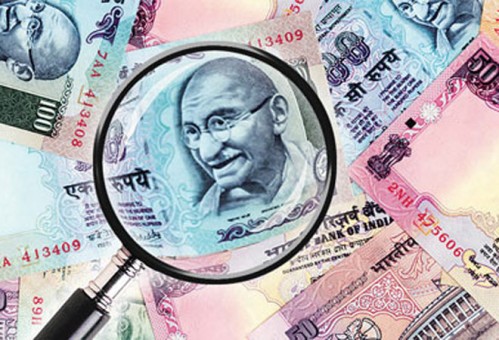 The Central Information Commission (CIC) has held the Special Investigation Team (SIT) constituted by the Government of India to investigate all matters relating to ‘black money’ (assets stashed away without accounting for tax purposes) to be a public authority under the Right to Information Act, 2005 (RTI Act). The Black Money SIT headed by two retired Justices of the Supreme Court and comprising of senior representatives of various ministries, departments and agencies engaged in ensuring law enforcement and tax compliance was set up within a few days of the National Democratic Alliance (NDA) taking over the reins of power in Delhi, in May 2014.

Readers will remember that the SIT was constituted in compliance of the directives of the Supreme Court in the matter of Ram Jethmalani & Ors vs Union of India & Ors. (popularly known as the black money case and a landmark judgement in RTI jurisprudence). (CLICK HERE for the CIC’s detailed order in this case)

Background to the RTI intervention

In November, 2015, after almost 1.5 years of the Black Money SIT going about its appointed tasks quietly, without seeking much publicity, Mr. Herve Falciani a former employee of HSBC Bank and recognised the world over as a whistleblower, went public with his grievances that the authorities in India were allegedly not doing enough to make use of the materials that he had supplied to them about illegal funds stashed abroad by individuals and corporate entities of Indian origin. Readers may recollect that the Hon’ble Supreme Court of India had directed the Government of India to disclose the list of entities who had stashed away black money in the Ram Jethmalani case.

I must thank Prof. Jagdeep Chhokar, renowned advocate of electoral reforms and transparency in political party funding, for encouraging me in a telephonic discussion, to look for ways and means to make the working of the Black Money SIT more transparent than it already was. So, using the above news story I filed an information request with the CPIO of the office of the Member Secretary of the SIT seeking the following information:

“Apropos of the enclosed copy of a news-clipping published in the popular English daily, the Times of India, dated 03/11/2015, I would like to obtain the following information from your public authority, under the RTI Act:

1)    A clear photocopy of the letter reportedly written by Mr. Hervé Falciani, former employee of the Geneva branch of the HSBC Bank to the Hon’ble Chairman, Special Investigation Team (SIT) constituted pursuant to Order dated 4/7/2011, passed by Hon’ble Supreme Court of India, in Writ Petition (Civil) No. 176 of 2009;

2)    A clear photocopy of all responses sent by the Hon’ble Chairman or any Member of or employee serving, the said SIT, to Mr. Hervé Falciani till date;

3)    A clear photocopy of all file notings held by the said SIT in its files in hard copy of electronic form in relation to the said letter of Mr. Hervé Falciani;

4)    A clear photocopy of all documents that contain details of action taken till date by the said SIT pursuant to the said letter of Mr. Hervé Falciani;

5)    A list containing the titles of the reports submitted by the said SIT to the Government of India and the Hon’ble Supreme Court of India, till date, in pursuance of their terms of reference along with the date of submission of each report;

6)    A clear photocopy of all reports described at para #5 above along with Annexures, if any; and

7)    A clear photocopy of all information required to be disclosed suo motu by the said SIT under Section 4(1) of the RTI Act”.

As it happens often, CPIOs in the Ministry of Finance played soccer with my RTI application for more than a month and finally, a CPIO from the Central Board of Direct Taxes (CBDT) rejected access to information sought at queries #1-4 by claiming that ongoing investigations would be hampered [exemption under Section 8(1)(h) of the RTI Act] and that the information was received in a fiduciary capacity [exemption under Section 8(1)(e)]. Queries 5-7 were transferred back to the office of the Black Money SIT!

Interestingly, the CPIO referred to the suppliers of materials (such as Mr. Falciani) as “certain persons claiming to be whistleblowers”. Such replies are but natural in a situation where the Government is keen on diluting the Whistleblower Protection Act instead of implementing it. (CLICK HERE for my analysis of the retrograde amendments to the Whistleblower Protection Act, 2014 passed by the Lok Sabha and pending in the Rajya Sabha.)

In my first appeal I did not challenge the CPIO’s decision of rejection. Instead I questioned the competence of the CPIO, CBDT to make a decision in a matter not under his charge. The FAA upheld the CPIO’s rejection order but directed that the entire RTI application be sent to the Black Money SIT for making a decision  de novo (afresh).

After waiting for a reply from the Black Money SIT for 140 days, I decided to file a complaint before the CIC – not for demanding access to information but to declare the SIT as a ‘public authority’ under the RTI Act. My prayers and grounds are on pages 16-26 of the 1st attachment. The sum and substance of my argument was that being a multi-member body, as per the Government’s May 2014 notification, the SIT was clearly a ‘body’ and as this body was constituted by a notification in the Official Gazette, the SIT met both criteria for being recognised as a public authority under Section 2(h)(d) of the RTI Act.

The CIC has accepted this argument adding more reasoning and case law to support its decision- holding the Black Money SIT as a public authority under the RTI Act. The CIC did not rule on my prayer seeking a direction to the Dept. of Personnel and Training (DoPT)- the nodal department for ensuring compliance with the RTI Act in public authorities under the Government of India- requiring issuance of guidelines for entities created after the enforcement of the RTI Act to comply with its provisions. However, the CIC has directed has mentioned my prayers and said its order to the Department of Personnel and Training (DoPT). Hopefully, the DoPT will come up with guidelines on this subject.

In my humble opinion the CIC’s order is a very positive step in the direction of expanding the regime of transparency to bodies that meet the criteria of a ‘public authority’ but do not comply with the provisions of the RTI Act for reasons best known to them. Despite this case taking almost two years to reach finality, this is a timely development on the eve of the RTI Act entering the thirteenth year of implementation.

It remains to be seen whether the SIT and the Government will comply with this order or challenge it before the Courts. Meanwhile, I request readers who can use the RTI Act, to file RTI requests with the Black Money SIT demanding compliance with all statutory requirements.