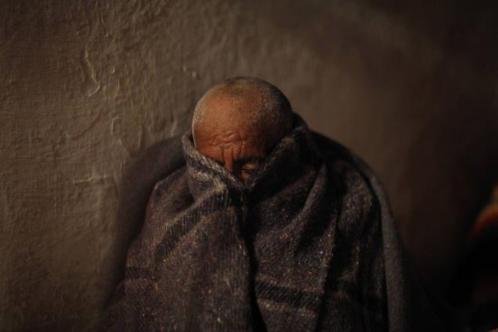 According to an India Spend report, the number of Indians suffering from mental illness exceeds that of the population of South Africa. At present, the mentally ill account for nearly 6.5 percent of the country’s population and it is estimated that by 2020 this number will increase to a staggering 20 percent. Further, the World Health Organisation estimates that nearly 56 million Indians — or 4.5% of India’s population — suffer from depression.   Another 38 million Indians –or 3% of India’s population -suffer from anxiety disorders. Many of these people live with both. . Many of these illnesses can be treated, but access to treatment is often difficult, and stigma continues to scare individuals away from seeking diagnosis and appropriate treatments even when they are available.

As the world observed World Mental Health Day on 10th October, it is time India renews its efforts to improve the mental health services. The abysmal state of mental health care in the country is a cause for great concern and India cannot afford to ignore some of the stark realities. Most government-run hospitals do not have psychiatric drugs, and visiting a private shrink and sustaining the treatment — usually a long drawn out affair — is an expensive proposition for most families.

According to the Ministry of Health and Family Welfare report, India faces a treatment gap of 50-70 percent for mental healthcare, implying that more than half of the population does not get the required treatment and medical facilities. The government data highlights the dismal number of mental healthcare professionals in India — 3,800 psychiatrists, 898 clinical psychologists, 850 psychiatric social workers, and 1,500 psychiatric nurses nationwide. The WHO reports that there are only three psychiatrists per million people in India, while in other Commonwealth countries, the ratio is 5.6 psychiatrists for the same.

Mental health accounts for 0.16 percent of the total Union Health Budget, which is less than that of Bangladesh, which spends 0.44 percent .The developed nations’ expenditure amounts to an average of 4 percent. “

A National Institute of Mental Health and Neurosciences (NIMHANS) survey estimates that 13.7 percent of the Indian population above the age of 18 suffers from mental morbidity, requiring active intervention. It also suggests that one in every 20 Indians suffers from depression. Nearly 1 percent of Indians suffer from high suicidal risks. Almost 9.8 million children in the age group of 13-17 years are suffering from mental health concerns and require an active intervention.

The World Bank has recently identified mental health as a Global Development Priority which recognizes the critical impact mental health has on economic development and well-being. The economic consequences of poor mental health are equally significant. .A World Economic Forum/Harvard School of Public Health study estimated that the cumulative global impact of mental disorders in terms of lost economic output will amount to $16.3 trillion between 2011 and 2030. In India, mental illness is estimated to cost $1.03 trillion (22% of economic output) between 2012-2030.

A majority of those with these illnesses can recover and lead fulfilling lives such as going to school, working, raising a family, and being productive citizens in their communities.   Although mental illness is experienced by a significant proportion of the population it is still seen as a taboo issue. These barriers deprive people of their dignity. To make dignity in mental health a reality requires every member of society to work and take action together

.A field-based research study in the prestigious medical journal The Lancet (by Pandit et al) concludes, “Most Indians do not have community or support services for the prevention of suicide and have restricted access to care for mental illnesses associated with suicide, especially access to treatment for depression, which has been shown to reduce suicidal behaviours.”   Counseling has a great role to play in alleviating stress and helping depressed people improve their self-esteem and their ability to cope with despair.

There have been some encouraging innovations in India led by   voluntary organizations that are both impactful and replicable. Dr. Vikram Patel, who is a professor at the London School of Hygiene and Tropical Medicine and co-founder of Goa-based mental health research nonprofit Sangath, is in the forefront of community mental health programmes in Central India.

The programme  is designed to establish a sustainable rural mental health support to address issues relating to stress and tension that abet suicides alcohol abuse and depression in the rural community .It deploys health workers from within the community, some with no background in mental health. These workers are trained to raise mental health awareness and provide “psychological first-aid”. The program also includes counselors who are imparted mental health literacy. The third line of workers consists of expert psychiatrists, who are qualified to provide medications for more serious mental health disorders. The programme uses Primary Health Centres for screening and feeding people with mental illnesses.

Dr. Patel’s vision has been the provision of superior mental healthcare to low-resource communities. He argues that 90 per cent of people affected by mental illnesses go untreated owing to the paucity of psychiatrists. Importantly, his research has effectively demonstrated that evidence-based treatments for mental illnesses can be delivered in low-income countries by non-specialist healthcare workers. His work has been applauded by TIME magazine which featured him in its annual list of annual list of the 100 most influential people in the world.

Dr. Patel feels that mental health problems are still perceived by many as rich man’s diseases. It is assumed that if you are poor, then the symptoms of depression are simply an expression of the misery of your life. Contrary to public belief, mental suffering is not a natural consequence of poverty and those who are poor and depressed deserve, if anything, even more attention than the rich.

A lot of good programmes got their start when one individual looked at a familiar landscape in a fresh way. These creative and passionate individuals saw possibilities where others saw only hopelessness, and imagined a way forward when others saw none. We increasingly have the tools; but we need to summon the will the way game changers like Dr. Patel are doing. People like him have shown there are solutions if we think out of the box. And don’t accept limits to how the world works.

*Author of the bestselling book, “Village Diary of a Heretic Banker”, has worked in the development finance sector for almost four decade