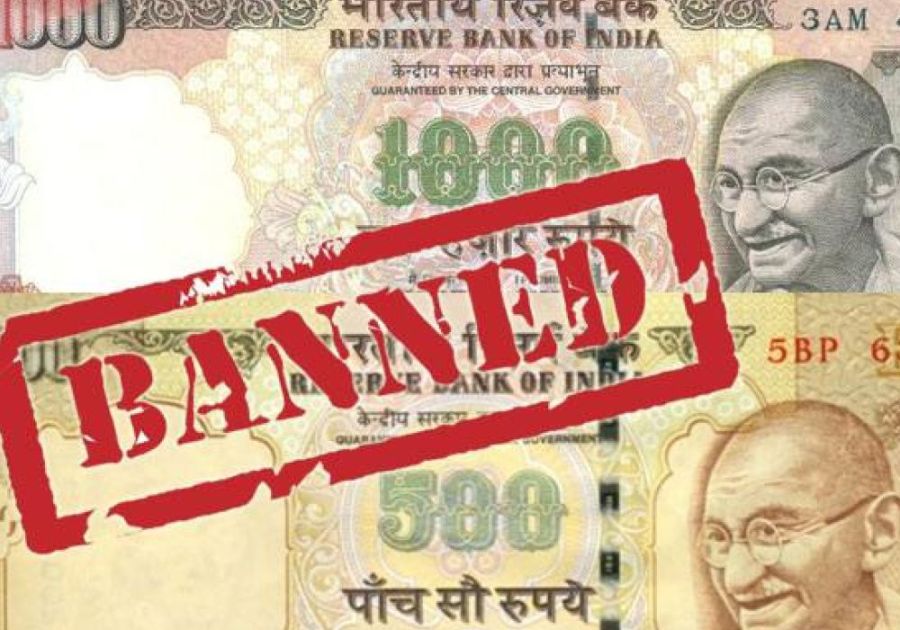 The media, which mounted a sustained campaign against the previous government’s alleged scams, allowed the present government to go unscathed even after such a worse blunder called demonetization that plunged the country’s economy into turmoil, forced the entire population (barring a minor section of the rich and powerful) into queuing for hours before banks to get their own hard-earned money, forced lakhs of labourers to migrate from their work places in cities back to their villages, compelled parents to postpone marriages of their daughters/sons, forced many people to beg for cremation of their own near and dear ones in spite of the fact that they had money in their banks.

The media not only allowed the government to go unquestioned on some of the basic issues related to demonetization but also created a halo around the move – a masterstroke, a decision taken by a strong leader, a panacea for ending the black money menace, the entire country is behind Modi and his move, common people are ready to suffer for the country, only the corrupt and unpatriotic people are opposing the move (these days anyone who opposes Modi Government’s decision is either ‘unpatriotic’ or ‘anti-national’) and so on.

However, it did not take much beyond ordinary common sense to see the hollowness of these claims. There were people including experts and political leaders who not only opposed these claims but also tried to explain what havoc demonetization had caused in terms of destruction of the country’s economy and untold suffering of people. But their voices did not rise beyond the noise level created by the media hype in favour of demonetization.

There were serious articles discussing various implications of demonetization in English newspapers and blogs but they were not accessible to the common people. Some TV channels organized open-house or public debates ostensibly to gauge the public support for demonetization. But most of these discussions were one-sided. This was because the audience gathered for the purpose consisted mostly of those who subscribed to the views of the government. This was obvious from the highpitched clapping heard whenever someone talked in favour of the move. It was projected as if the audience came on their own and so it must be a mix of all views.

Such public debates shown in TV channels certainly helped to shape public perception in favour of the move. During discussions on demonetization like any other discussions involving government policies a special kind of experts were seen who were called ‘independent’ experts. But in reality often such experts were more loyal to the cause of the government than the spokespersons of the government. In many cases anchors themselves took the side of the government and took it upon themselves to demolish the opponent’s views. TV channels often interviewed central ministers and senior bureaucrats ostensibly to quiz them on the negative implications of demonetization. However, they avoided addressing any real issue and ended up giving lectures on the virtues of demonetization and on the wisdom of the Prime Minister who took such a bold step even at the risk of being unpopular.

Time and again they insisted that the opponents had no moral right to question the move. In fact they told the viewers that those who opposed the move were not only against the government but were also against the country itself or in other words they were desh dhrohi (anti-national).

At times prominent experts’ opinions supporting demonetization were given undue prominence. For example, in a channel the comment of the noted economist Jagdish Bhagawati, ‘Why I am still with Modi on demonetization’ was shown again and again. But no channel focused on the views of Nobel Prize winning economist Amartya Sen on demonetization.

The immediate visible effect of the demonetization move was long queues at banks. People were forced to line up to deposit or exchange old currencies or to withdraw new currencies. TV reporters interviewed people standing in queues for their turn to enter the banks or ATM to know their views on the effects of demonetization on their lives but in reality it appeared that the whole objective behind these interviews was to highlight the fact that in spite of difficulty they were facing, they are solidly behind Modi’s decision. They are ready to sacrifice for the country.

There were exceptions, as well, some reporters projected the sufferings of the people but such programmes were few. Occasionally the TV cameras focused on people who were the real sufferers and raised their voice against the move. Daily wage earners had to forego their daily earnings if they stood in queues. So they were forced to sell old notes of 500 and 1000 denominations at 20-40 percent discount to unscrupulous dealers. The result was that they went half starved. They had no other options because their employers were paying them in old currencies only. This aspect was not given due coverage.

It was a common sight that there were poor people, especially women, with old notes moving from shop to shop to buy wheat flour/rice without any success. These women who were often accompanied by their hungry children would occasionally beg people on the street to change their notes so that they could buy wheat flour/rice to feed to their hungry children. None of the channels covered any such incidents. Nobody questioned what right the government had to deny the people the right to buy food with their own hard-earned money.

The move, which was to strike a deathblow to black money, as the Prime Minister Modi claimed, became a source of generation of huge black money. It was not only the poor labourers who were forced to exchange their daily earning at a discount but there were many rich people who exchanged their unaccounted cash at high discounts. The media did not throw any light on this black side of demonetization. It is obvious that today there is more black money compared to what was before demonetization.

When the government realized that people could not be fooled any longer by pointing out that demonetization had dealt a severe blow to black money, they said it was just the beginning. The government has plans to go in a big way after benami sampatti (illegitimate property), but nothing has happened so far. The media is totally silent on the issue. There were no reports on how people were humiliated by bank guards or other employees. The media particularly the electronic media played an instrumental role in undermining the real impacts of demonetization. The media helped to reinforce and legitimize the government’s misleading and false pronouncements on the supposed benefits of the demonetization move. The partisan campaign of the media projected the following:

The fact that cashless economy was not one of the original objectives is obvious as there is no evidence of such preparation on the part of the government. If this was one of the objectives of the demonetization move then much preparation should have gone in before the announcement of demonetization on 8 November 2016. There was a certain increase in cashless transaction. This happened because suddenly people had no other alternative. But immediately after cash availability became near-normal the cashless transactions reduced drastically. The media has not raised this fact because for them the relevance of demonetization in the sense of newsworthiness is no longer there or in other words the media no longer thinks talking about effects of demonetization will help them raise TRPs.

There is a long way to go to achieve cashless economy in a meaningful way. This is because the majority of Indians have no credit cards or are unfamiliar with other means for engaging in cashless transactions. A large percentage of those, who have credit cards or are familiar with other devices of cashless transaction, hardly make use of them. A significant section of the Indian population has no access to bank facilities. The most important point is that lakhs of daily-wage earners engaged in informal sectors have no need for banking facility, as they have no money to deposit. They earn and spend it on a daily basis and are constantly under debt of some kind or the other. Talking about virtues of cashless economy to these people tantamounts to making fun of their existence.

It is a well-known fact that some of the advanced countries have not done away with cash transaction. Even one cannot say with certainty that the superiority of electronic payments over cash as a medium of transaction is a proven fact. The shift towards cashless economy should be through careful and detailed policy work and not through such unplanned and hurriedly implemented moves. In today’s world the media particularly the electronic media plays an important role in shaping perception of the common people. The media is supposed to be one of the four pillars of democracy. Thus the media is expected to act impartially and objectively. It should behave responsively.

However, the anchors, who should coordinate the discussion involving different views and try to establish a balance between opposing views, take a particular route to channelize the discussion. This was often seen when the discussant accused the anchors of being partisan. And in such cases the typical answer given by the anchors is ‘aap hamarari prashn puchne ka adhikar ko chin nahi sakte’ (you cannot take away our right to question). But the irony is that the questions asked only served to propagate a particular view. There were exceptions. There were few anchors who tried to depict both the sides of demonetization. It is true such anchors/channels initially welcomed the decision. In fact initially they also believed it was a ‘bold’ decision with the right intention but gradually they realized the reality, the devastating impact of demonetization and tried to project the hard realities including the helplessness, humiliation, pain and suffering of the common people. However, such programmes could not change the dominant narrative of the media praising the ‘bold’ decision.

2 thoughts on “Demonetization: Media allowed government to go unquestioned, created a halo around the move”