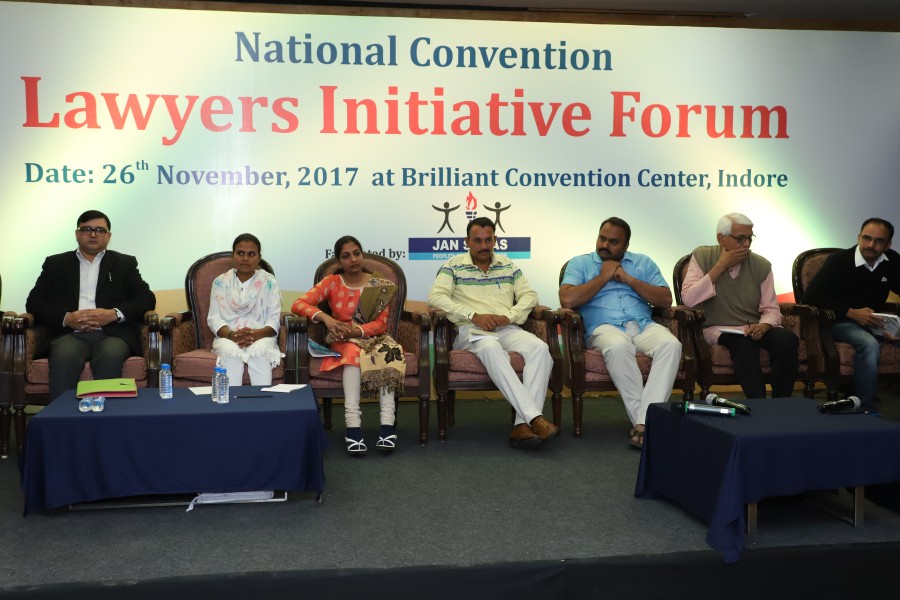 By Ashif and Adv Archana Gosar*

On the occasion of the Constitution Day on 26th November 2017, a National Convention of lawyers was organized by the Lawyers Initiative Forum in Indore. The consultation was attended by 322 lawyers from 11 states of India. 92% of the participants were from socially excluded communities. The consultation was aimed at strengthening the criminal justice system and promoting representation of practicing lawyers from marginalized backgrounds towards an inclusive Indian Judiciary. The Forum has decided to expand its work to100 districts in 20 states with the membership of 12,000 practicing lawyers in next 3-5 years.

The Judiciary is one of the important pillar of Indian democracy. However, it continues to be negatively influenced by the caste system and is impeding on the individual rights to justice and freedom. One of the most important indicators of this barrier is the fact that the majority of under-trials come from excluded communities including Dalit, Tribal and Minority. The court is not immune to the caste and gender prejudices that exist in Indian society and mirrors this by ensuring that power, privilege and knowledge is restricted to a few.

According to National Commission of Scheduled Caste (NCSC), in 2011, there were only 24 judges belonging to SC/STs against total of 850 judges in all 21 High Courts. Fourteen out of 21 High Courts do not have a single SC/ST judge. There is not a single judge belonging to SC/STs in the Supreme Court. It is arguable that when executive and legislature are brought under the ambit of constitutional reservation, it is but natural that Judiciary, the third pillar of Democracy, which is mandated to safeguard the constitution, should also follow the principle of reservation; otherwise, it creates a dubious distinction among the three pillars of democracy.

Till today only two Presidents have raised the serious issue of Under representation of excluded communities in judiciary.  KR Narayanan, the tenth President of India, had publicly voiced his concern over the under representation of the weaker sections in the higher echelons of the judiciary. He submitted a note in the Union Government recommending that Scheduled Castes (SC) and Scheduled Tribes (ST) candidates shall be duly considered for appointment as Judges of Supreme Court. Narayanan wrote: “I would like to record my views that while recommending the appointment of Supreme Court judges, it would be consonant with constitutional principles and the nation’s social objectives if persons belonging to weaker sections of society like SCs and STs, who comprise 25 percent of the population, and women are given due consideration.”

Ram Nath Kovind, the President of India also expressed concern over the “unacceptably low” representation of women, Scheduled Castes and Scheduled Tribes and Other Backward Classes in the higher judiciary, called for long-term measures to remedy this situation. He said that only 4,700 of the 17,000 judges — roughly one in four — in India were women. In addition, there is an unacceptably low representation of traditionally weaker sections such as OBCs, SCs and STs, especially in the higher judiciary. He said “Like our other public institutions, our judiciary too has to be judicious in being representative of the diversity of our country.”

In this context, it is imperative to promote representation of socially excluded communities at all level of the judicial system including promoting lawyers. The Lawyers Initiative Forum has responded to the dire need of the hour to have a platform for the lawyers belonging to the marginalized sections of the society to strengthen their capacities to cater to the emerging needs of the lawyering community. Jan Sahas has been facilitating this process and one of the goals is to ensure that the Lawyers’ Initiative Forum will federate lawyers across the country to promote social equity and justice.

The Lawyers’ Initiative Forum is a unique platform established by practicing lawyers who come from socially excluded communities including Dalit, Tribal, Minority and women lawyers in north Indian states (Madhya Pradesh, Rajasthan, Uttar Pradesh, Bihar, Chhattisgarh and Maharashtra). These lawyers mostly practice in lower courts. The forum was evolved from the Jan Sahas legal program, which was working on legal jurisprudence and criminal justice system.

The forum has more than 600 practicing lawyers as members across seven states and actively functioning in total 31 districts. The Forum by creating knowledge hubs (resource centre) at the district level for lawyers and other stakeholders has enabled members to exchange their experiences, facilitate learning widely advocates good practices to be replicated.; the Forum has also helped build network with relevant institutions like bar associations and law colleges to initiate joint interventions.

Forum members are associated with various organizations and work intensively on cases of atrocities, bonded labour, trafficking, sexual violence, gender based discrimination and violence, land and property rights cases and problems faced by under-trial prisoners’ etc. On the one hand, the forum members ensure legal intervention for ensuring justice to victims and on the other hand it had created the ground for collective action recognizing the requirement of practicing lawyers for capacity enhancement and the development of support systems for their effective legal practice

Lawyers’ Initiative Forum is shaped with a two-fold objective:

(a) To assist and provide easy access to legal aid to victims and under trials especially belonging to excluded communities including Dalit, Tribal, Minority and Women

(b) To enhance capacities of practicing lawyers from excluded communities for establishing their career and provide mentoring support to law students. 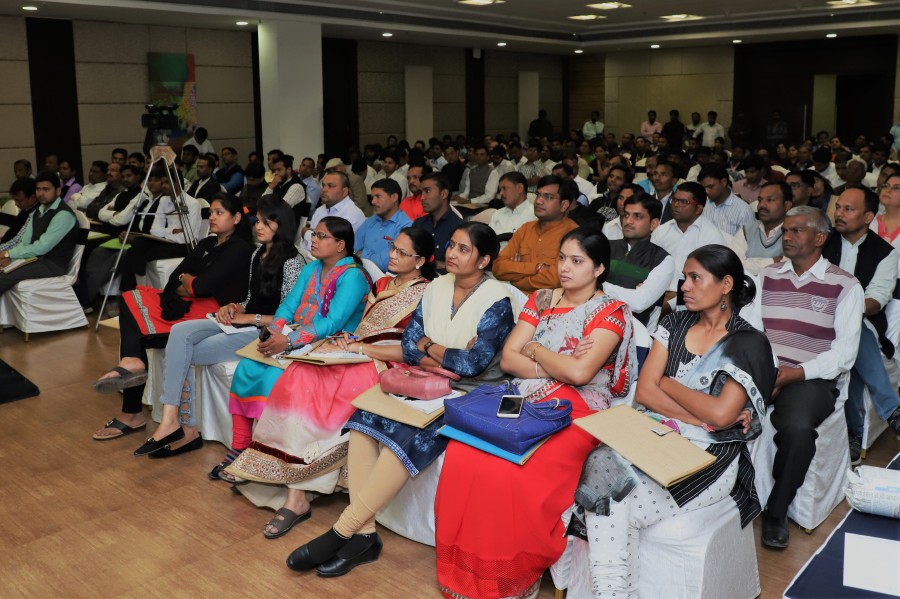 Issues and problems of lawyers from excluded communities in India:

The lawyers in the convention identified following critical issues and problems that they encounter while pursuing and practicing this profession.

Need of the lawyers’ forum:

In order for the forum to reach to a credible and sustainable position, the following requirements have been identified by the participants:

Roles and Responsibility of the forum:

The roles and responsibilities of the forum, defined by the lawyers present in the convention were as follows:

Approach to support the excluded communities by the lawyers:

The strategies developed in the Lawyers’ Initiative Forum to work with the marginalized and deprived communities are as follows:

During the convention, lawyers decided to expand the Forum’s work to 100 districts in 20 states with a total membership of 12,000 practicing lawyers in next 3-5 years to assist and provide easy access of legal aid to victims and under trials especially excluded communities and to enhance capacities of practicing lawyers for establishing their career and provide a mentoring support to law students.