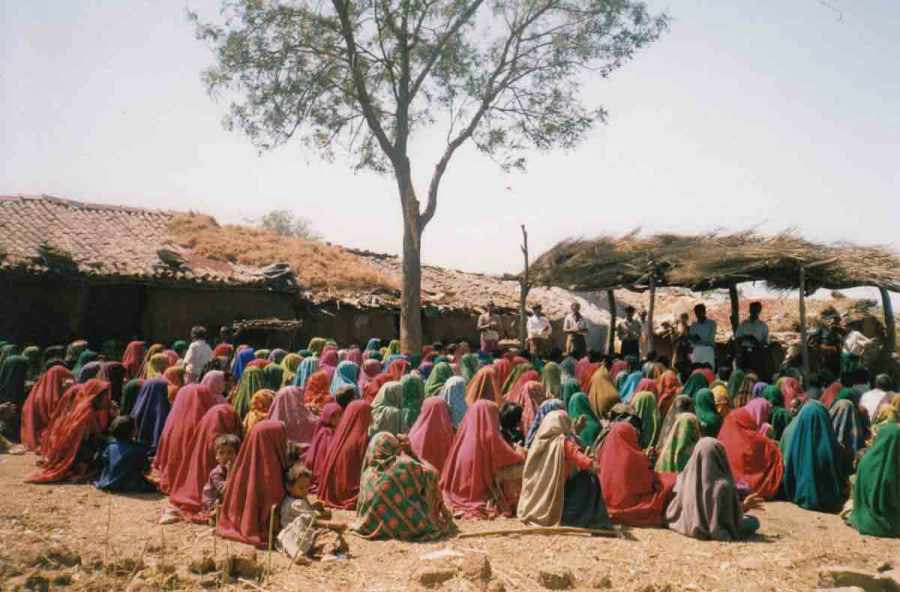 In the Budget for FY 2018-19, which will be the last full-year Budget of the present Government, the following specific steps are essential and indispensable in order to fulfil the objective mentioned above.

(i)         Set apart an outlay not less than the SC and ST population-equivalent percentage out of the total developmental outlay in the Budget, before the total outlay is distributed Ministry-wise/ Department-wise/ Sector-wise, as the corpus of the SCP and TsP. Going by the Budgetary pattern of the last year, the outlay as untied corpus for the all-round comprehensive and speedy advancement of the SCs and STs to the level of Equality [i.e., the time-honoured concept of Special Component Plan for Scheduled Castes (SCP) and Tribal sub-Plan (TsP)] ought to have been not less than Rs 156883.00 Crores for the SCP/outlay for Welfare of SCs  and Rs 81277.00 Crores for TsP/outlay for the Welfare of STs.

(ii)        Within the total corpus of SCP and TsP set apart as at (i) above, plan for SCs and STs respectively, based wholly and exclusively on their needs and priorities and consisting of schemes, programmes and projects designed to remove the gap between them and the Socially Advanced Castes (SACs) or the non-SC, non-ST, non-BC castes (NSCTBCs) in each and every parameter of development and welfare – these are apart from the ongoing schemes for SCs under Demand No. 89 pertaining to Ministry of Social Justice & Empowerment and for STs under Demand No. 96 pertaining to Ministry of Tribal Affairs in  the Budget 2017-18, which should be continued with appropriate step-ups.

(iii)       Include in the SCP and TsP only such schemes which directly and exclusively benefit SC or, as the case may be ST, individuals, families, groups, habitations and institutions.

(iv)       Create special dedicated expert body (National SC and ST Development Authority) of devoted experts for meaningful and objective-oriented formulation of the SCP and TsP and to secure their proper implementation, utilising not only the official machinery but also actively associating persons belonging to SCs and STs who have been working long and sincerely for the economic, educational, health-related and social advancement of SCs and STs.

(v)        Provide for and ensure consultation by this new dedicated body with representatives of SCs and STs and different sections and occupational categories of SCs and STs.

The prime role of the Budget should, I suggest for your consideration, be the action as at (i) above, leaving it to the Ministries of Social Justice & Empowerment and Tribal Affairs to take the steps at (ii) and (iii) above, pending the creation of a dedicated expert body as at (iv) above.

Some schemes, programmes and projects are meaningful and essential for the comprehensive advancement of SCs and STs, to reach the level of Equality with the Socially Advanced Castes (SACs) or non-SC, non-ST, non-SEdBC castes (NSCTBCs), which is the goal in keeping with the Constitutional mandate, are not found or are marginally or inadequately found in the SCP and TsP as prepared by the present Government and past Governments, reducing them largely to exercises in arithmetical-statistical jugglery, showing certain amounts as provided for the SCs and STs, which do not serve the purpose of comprehensive SC and ST advancement to Equality.  It is because of this that there continues to be wide gap in every parameter of development, welfare and life between the SCs and STs, at the bottom end, and the SACs/NSCTBCs, at the top end.

I, in association with Dalit and Adivasi organisations from different parts of the country and the Coalitions such organisations, have been writing to you and also other leaders of the Government including Hon’ble Prime Minister that,  in order to ensure that the SCP and TsP are properly formulated and implemented, there is need for enactment of a legislation for Special Component Plan for Scheduled Castes (SCP) and Tribal sub-Plan (TsP).

A draft Bill for this, prepared by a Working Group headed by me, was sent to the Government and has been with it since 2011. After wide consultations by the Ministry of Social Justice & Empowerment with other concerned Ministries and with SC and ST representatives and experts, including myself, the Government’s Bill was ready in 2013 with the Ministry of Social Justice and Empowerment to be taken to the Cabinet and to the Parliament.  But the leadership of the then Government desisted from proceeding further, resulting in erosion of Dalit support for the lead Party in the previous Government.

The efforts were continued with the new (present) Government to secure the same legislation. You may kindly recall that, I had along with a delegation of Dalit representatives met you in 2015 and gave you a copy of the draft Bill for SCP and TsP and SC and ST Development Authorities. On 9th February 2014, during the run-up to the Lok Sabha elections 2014, Shri Narendra Modi ji, well before he became Prime Minister, made far-reaching commitments to the SCs and STs in his speech as Chief Guest at the  Centenary Celebrations of the Kerala Dalits’ historic Kayal Samaram (Lake Struggle) at Kochi, which commitments stimulated their expectations.

Immediately thereafter, I sent to Shri Naredra Modi ji the Road-Map prepared by me, containing lists of legislations and schemes/programmes required for bringing about Equality for SCs and STs to the level of the SACs/NSCTBCs.  The national legislation for SCP and TsP and SC and ST Development Authorities was the foremost in the list of legislations in that Road-Map.

SCs and STs and those working for them have been eagerly waiting for specific measures, of which the above legislation is a crucial item, in fulfilment of Shri Narendra Modi ji’s far-reaching declarations, specifically for SCs and STs, in the run-up to the Lok Sabha elections of 2014 and also subsequently. Dalits and Adivasis in all parts of India are increasingly becoming aware of their developmental rights. With your vast experience, you will no doubt appreciate that no governance can be stable in India without gaining the confidence of Dalits and Adivasis through concrete measures of Social Justice for them, including particularly the proper formulation and implementation of SCP and TsP.

The fulfilment/non-fulfilment of these legitimate expectations will reflect on the course of important events in 2018 in a number of States and in 2019 at the national level. If what happened to the lead Party of the previous Government, is repeated in 2019, on account of failure to win the informed confidence of the Dalits and Adivasis by means of specific measures mentioned in this letter, in the ensuing last full-year Budget of the present Government, it may not only impair the nation’s capacity to optimally progress, but even subject it to instability of governance, which should be prevented.

The present Government has given up the earlier type of planning, apparently on the ground that it was modelled somewhat on the Soviet pattern. It is only the erstwhile Soviet style model of “command economy” that has been given up by the Government. But, I am sure that by this the Government does not mean that there is no need for any type of planning. No development is possible without planning.  Even Corporates formulate Plans. By whatever name you call it, SCs and STs need the specific steps mentioned above in advance of the legislation for SCP and TsP, which can subsequently be buttressed by being provided legislative base, as we have been seeking.

Post-Matric Scholarship Scheme: Arrears of Rs. 11000 Crores have been accumulated in recent years about which I had written to you vide my e-DO letter dated 9.9.2016. This has resulted in disruption of higher education of a number of SC and ST students who have dropped out.  This is an important scheme started by Dr Babasaheb Ambedkar himself in 1943 as Member of the Viceroy’s Executive Council and which has since been continued till now (an attempt to sabotage it in 1982 was nipped in the bud). Dr Ambedkar started it and this has always been an “open-ended” scheme.  If the principle of open-endedness had been followed there should not have been any arrears. The full amount of arrears plus the additional amounts required to meet the full requirement of this year need to be provided in this Budget.

Other corrections required are contained in my paper analysing the Budget 2017-18 which I had sent to you by my e-DO letter of  24.02.2017 (another copy will be furnished to you if my DO letter of 24.02.2017 and its attached Paper are not readily traceable).

The Budget for 2017-18 has substituted the terms “Allocations for SCs” and  “Allocations for STs” for  SCP and TsP. This has created a feeling of deprivation among SCs and STs that the present Government has abolished SCP and TsP, leading to negative publicity.  I would advise that the Government restore the terms “Special Component Plan for SCs (SCP)” (which was the original name since its inception in 1978 till 2005 when the previous Government introduced the downgraded term Scheduled Castes sub-Plan – SCs need and want a “Plan” and not a “sub-Plan”)  and “Tribal sub-Plan (TsP)”.

I shall be grateful for a positive response from you.  SCs and STs of all parts of the country and those working for them are aware of the developments are anxiously looking for positive results.  As part of the ongoing efforts, I am circulating this letter among them through SC-and-ST-oriented networks.    I shall be happy also to similarly circulate your positive response and action so that people can readily appreciate the concern of the Government for the developmental rights of SCs and STs which have been expressed in so many words by the leaders of the Government and in the Manifesto of the BJP which aroused the aspirations and expectations of Dalits and Adivasis that concrete steps which “have not been undertaken in the last 60 years” will definitely be undertaken by the present Government.

I shall be happy to render any assistance you wish in this task, from my 70 years (out of my 85 years of age), including nearly 35 years as an IAS officer, of country-wide experience and knowledge pertaining to issues and problems of SCs and STs and appropriate solutions for them.