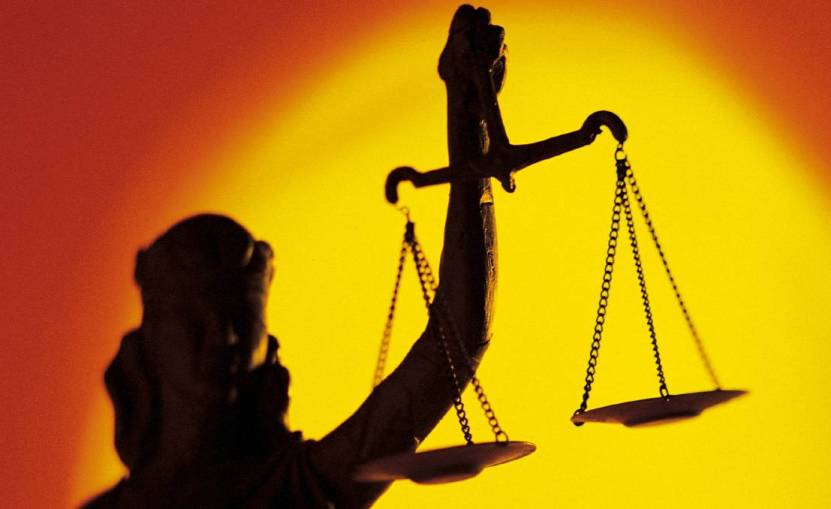 Judiciary is characterized by its sacredness and sacrosanct ethos and social structure and disposition. Hence guided by this perception Contempt Law came into being. The Contempt is defined into two categories: Civil Contempt or Criminal Contempt. Civil Contempt means willful disobedience to any Judgment, decree, direction, order, writ or other process of a Court or willful breach of an undertaking given to a Court. Criminal Contempt means the publication whether by words, spoken or written or by signs, or by visible representation, or otherwise of any matter or the doing of any other act whatsoever which

The Contempt Law is enacted to maintain and protect the respect & credibility of the judiciary or prevent the denigration of the judiciary. The Law is capable of widest interpretation. With this logic there are merits and demerits with the Law. However, notwithstanding the virtues of the Contempt Act, 1971 the fact remains that the Contempt Act is open to gross misuse. Adv Kasam Shaikh and Adv Deepesh Patel of Kalyan Court in Maharashtra underscore the blatant fact that the Contempt proceedings in a way have become instrumental in obstructing the freedom of speech. There are alleged malpractices and corruption prevailing in the Courts to some an extent.

However, there remains the lurking fear that any criticism tantamount to interference in the administration of justice and the Court is divested of its credibility and trust. The restraints in the name of preventing the Contempt of Court are so huge and severe that the freedom of expression which plays vital role in stirring the nation’s conscience is curbed.

This is further opined by Advocate Kasam Shaikh and advocate Deepesh Patel. Interestingly sometimes the corruption is salvaged in the name of maintaining the respectability of the Court. Here even the murmur of protest has the potential to boomerang. It is against this agonizing backdrop that the advocates fear to express their views on any iota of injustice taking place. There is no disclosure of the skeletons tumbling out of cupboard. There are occasions when the advocates feel like consuming the poison of insult and humiliation with the announcement of “yes my lord”. In Bombay High Courts even the leading advocates are to eat the humble pie. The leading advocates remain silent with a lot of stake in continuing the flourish of their practice.

Worth quoting is an incident of some Metropolitan Court in Mumbai where one lady advocate went prancing about with a lot of freedom without inviting any critical glare of the then Magistrate. Some senior advocate contested such behavior thus finding to his embarrassment that the magistrate lost no time in breathing the fire. The matter was resolved with the unqualified apology by the aged and senior advocate with all the humility and insult.

More dismaying is the scene in some Court far remote from Mumbai when one lady advocate was grabbed by her elbow by some Court clerk. The lady advocate was to tolerate such hurtful conduct. No less serious conduct sometimes of some clerks and other staff who sometimes act as super judges. Such misbehavior though forming an exception is emboldened by the fact that there remains the fear that any attempt for course correction may signal the bad weather.

While pointing out the anomalous situation the other side of the coin cannot be lost sight of. The unscrupulous behavior of certain advocates in certain Courts is too well known to need any further comment. The poor and gullible clients with an enormous ignorance of Law and prevailing affairs are exploited to the hilt. The Bar Associations in the different Courts are to promote the welfare of its members to see that the chaotic and unhappy conditions to some an extent are duly corrected.

The scenario at the Delhi Bar Association is no different where the Supreme Court Bar Association instead of protecting its learned colleague Prashant Bhushan allegedly played Courtier to the Chief Justice Deepak Mishra. The President of Supreme Court Bar Association Vikas Singh not only condemned the allegations against Chief Justice Deepak Mishra but also demanded criminal Contempt against him. Mr. Singh said that he appeared for the Medical Council of India in Prasad Education Trust matter adding that he was quite confident that there was no wrongdoing by the Supreme Court while dealing with the matter.

To him any complaint by campaign for judicial accountability and reforms is an attempt to scandalize the judiciary and hence the complainant needs to be charged with criminal complaint. It’s not understood as to how the Judicial accountability tantamount to scandalizing the judiciary. What is more whether there was any need to give his opinion on such a sensitive subject and whether he has a right to do so.

It is against this distressing atmosphere in the Judiciary that the four Judges Justice Chelameswar, Justice Ranjan Gogoi, Justice Madan Bhimrao Lokur and Justice Kurian Joseph had to assume the role of the whistle blowers pertaining to the assignment of the matters to the preferred benches. The complaint is all the more serious and of deep repercussions as it strikes deeper into the heart of the justice itself. No less serious is the fact that the judges who give Justice have to come to the people for begging for Justice. The failure of justice is more hurtful than insinuation of wrong attributed to any person. It is wrong to suggest the act of the four Judges to approach the media with alleged exposure of the mishandling of the allocation and strength to deal with different kinds of cases as an assault on judiciary.

The implication is that the cases are being allocated and benches being constituted by the CJI in an arbitrary manner without any regard for convention to obtain predetermined outcomes. It is said that there was no need to wash the dirty linen in the public. The fact also remains as how the course correction be implemented unless the flaws and foibles associated with the governmental institutions are not exposed.

The allegations are not against the Judiciary but the allegations are against some person who allegedly flouted certain norms and standards. The institution and the person are two different entities. The unprecedented revolt by the four Judges of the Supreme Court cautioning against the happening in the Judiciary which could destroy Indian democracy can’t be taken lightly. It’s a watershed moment that underlines the decline and fall of our highest institution guarding and saving our noisy and vibrant democracy.

The situation got more alarming when it’s a question of investigation of the Justice Loya’s death who allegedly died in the mysterious circumstances who was probing the sensational “fake” encounter of Sohrabuddin and others in which all the powerful leader Amit Shah is allegedly involved. There is an allegation of assigning the matter to the preferred bench.

The matter did not rest there. What is more disturbing is the fact that the CBI opposed a Public Interest Litigation filed by the Bombay Lawyers Association against its decision to not challenge the discharge of BJP president Amit Shah in the Sohrabuddin “Fake” encounter case and termed the PIL, not maintainable.

Additional solicitor general Anil Singh told a division bench of Justice S. Dharmadhikari that the plea of challenging the order passed in December, 2014 should not be entertained now because of the issue of limitation and delay. Besides, there is also the question of maintainability of the PIL, the ASG argued. The case concerns the “fake” encounter of Sohrabuddin Shaikh in November 2005 in which Shah along with several others, was an accused. The PIL argues that the CBI’s decision not to challenge the discharge order was ‘illegal and arbitrary’.

The opposition to the PIL against the discharge is not understood. There is the Law of limitation by virtue of which the delay can be condoned. What is the interest of CBI to oppose the PIL challenging the discharge order of all powerful president Amit Shah. Is it to save the skin of Amit Shah?. Credibility of our investigative agencies was at stake in false terror cases slapped against the educated Muslim youth in the terror cases. The Muslims in India are always loyal to this country like their counterparts. The national interest occupies the top priority for the Indian Muslims. Their loyalty to the nation is never open to question. The few exceptions do not form the rule. However, it’s a different question.

With the CBI opposing the PIL filed by the Bombay Lawyers Association the question is whether there would be the stage when the prosecution would file the bail application of the accused in some cases. In the prevailing situation can we not visualize the situation when police instead of asking for the police custody of certain accused would go for moving the bail application of the accused.

Meantime the deceased Loya’s son said that his death was politicized and there was no suspicion. The family members retracted their claim of his “sudden death” in mysterious circumstances in 2014.

This came after the unprecedented press conference of the four senior most Judges of the Supreme Court, who have raised serious doubts about the functioning of the Chief Justice of India.

It is alleged that the said press conference was sponsored by some political heavy weight to save someone’s skin.

How the interest of the people dies down with the passage of time in the death of a person can well be corroborated by the fact that there was a lot of interest shown over the murder of one Hamid Mulla’s son around 1984 in Kalyan which was communal in nature to take the case to its logical legal conclusion. Later on the matter was not taken with that intense seriousness. It was an exception. Otherwise the city of Kalyan in Maharashtra has always remained socially harmonious and trouble free thanks to the efforts made by Kalyan Police.

What remains ultimately in whole contentious scenario is the crucial question of the Independence of the Judiciary which is all the more crucial for the survival of democracy where the rights of the vulnerable section of the society particularly minorities are under assault and the recalcitrant forces of extremism and bigotry have a field day without any restraint and there are sinister efforts and designs to subordinate the different government institutions under political influence.

Last but not the least it is significant to note that the Caesar’s wife must be above suspicion.

*Based in Kalyan (Maharashtra)