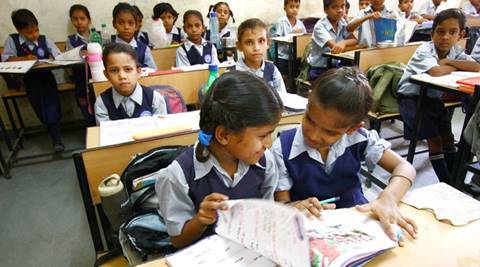 Justice Madan B Lokur, Supreme Court of India, has said that slow implementation of the Right to Education (RTE) risks depriving a generation of children of a basic human. Inaugurating the National Stocktaking Convention of the Right to Education Forum, speaking as chief guest, he highlighted the need of education for development and that, while India has a range of progressive legislations, “governments are lethargic in their implementation”.

While much effort has gone to frame the right to education, slow implementation risks depriving a generation of children of the basic human right to education. He regretted that quality of education in India is poor and said that improvement in learning outcomes is unlikely without filling existing vacant teacher posts.

Speaking on the occasion, Dr Kishore Singh, former UN Special Rapporteur on the Right to Education, emphasized the need for India to adhere to its international human rights obligations of delivering universal quality public education and stop profit making from education. Prof. Muchkund Dubey, former Foreign Secretary, Government of India, said that even after more than seven years, the implementation of the Act is very poor.
Dr Yasmin Ali Haque, Country representative UNICEF, said that the first cohort of children is finishing their elementary education after the enactment of the Act, so it is critical to look at education indicators like dropout rate during transition from primary and upper primary, grade specific learning levels so on so forth so that quality education is ensured. She congratulated the Forum for bringing these issues for discussion.

Mr Priyank Kanoongo, Member (RTE and Education), NCPCR, congratulating the forum said that education should be inclusive so that all children receive equal education. He said that with the joint efforts of the Forum and NCPCR, the improper pattern of CCE prescribed by CBSE has been withdrawn.

Mr Ambarish Rai, National Convenor, RTE Forum in the concluding session added that it is time for a National Campaign for Education to All Children across the country bringing together teachers, children, parents, civil society organizations and networks, SMCs and panchayats.

The National Stocktaking Report on the Status of Implementation of the RTE Act was shared on the occasion. Some of the highlights were:
·         Only 8% schools across the country comply with the provisions of the RTE Act; the share of compliant schools has indeed declined over the years.
·         India’s spending on education is less than 3% of GDP, compared to its obligation of spending 6%; India’s per capita spending on education is approximately four times less than the spending incurred by middle income countries.
·         Teacher vacancies continue; almost 20% of teachers in India are untrained.

The above deliberations came during the day long 8th National Stocktaking Convention held today on 27th March 2018 at the Constitution Club of India, New Delhi. The Convention was organized by Right to Education (RTE) Forum, India’s largest civil society coalition working on Right to Education. The Forum has over 10,000 NGO members across 20 states.

The event brought together over 500 people from 15 states that gathered to discuss the status of education in the country. A National Campaign was launched by the Forum to make education a critical issue in the upcoming elections which will bring together teachers, community members, civil society organizations and activists.
—
*Media and Communication, RTE Forum