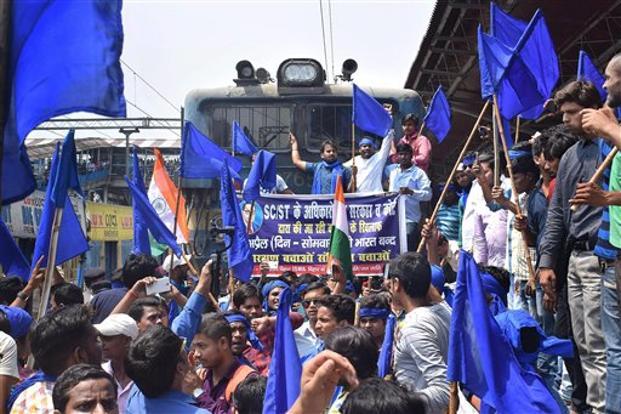 The National Coalition for Strengthening Prevention of Atrocities (PoA) Act strongly condemns the caste based atrocity unleashed on Dalits in in several parts of the country including Madhya Pradesh, Rajasthan, UP, Punjab, Uttarakhand, Jharkhand, Bihar, Odisha, Andhra Pradesh on April 2, 2018, which resulted in nine Dalits killed and several seriously injured and many houses and shops of Dalits were set on fire, ransacked, and looted after attack by the dominant caste community. Several Dalit organizations called a Bharat Bandh on April 2 against the Supreme Court order diluting the provisions of the Scheduled Castes and Scheduled Tribes (Prevention of Atrocities) Act. The dilution of the Act, which guarantees a certain degree of protection to the oppressed communities against discrimination and atrocities, was met with widespread condemnation.

To understand the real situation on the ground, on May 3-4, 2018, the National Coalition for Strengthening PoA Act (NCSPA), New Delhi; National Campaign on Dalit Human Rights, New Delhi; Madhya Pradesh Sarvodaya, Gwalior, Madhya Pradesh; and National Dalit Movement for Justice, New Delhi facilitated a fact-finding visit to Madhya Pradesh where seven persons had died. The team visited Bhind district, where three persons were killed in firing and several others were injured and many others were implicated in cases during Bharat Bandh on April 2. The team interviewed 13 victims whose family members faced various forms of violence such as murder, attempt to murder, violence against children, framing in false cases and physical and verbal assault. The team also visited District Collector and SP of Bhind District, Madhya Pradesh.

The team found that despite knowing that a Bharat Bandh is being called, the police did not take any of the preventive measures allowed under the SCs and STs (PoA) Act 1989 and Rules 1995, such as recommend removal of a person likely to create unrest from a particular area for a specified period (Section 10(1), 1989 Act), consider revoking arms licenses and seizing illegal fire-arms of the dominant caste with a view to ensure safety (Rule 3(1)(iii and iv), or set up vigilance and monitoring committee to closely monitor situation (Rule 3(1)(vii). These measures may have helped contain violence.

The Medical Officer at Mehgaon Government hospital showed negligence in carrying out their duties of providing immediate medical assistance to Pradeep Singh (23) and Akash Garg (14) who had received bullet injuries. They did little to stop bleeding immediately and get them transferred to the District Govt Hospital for enhanced medical treatment, which led to death of these innocent Dalits. 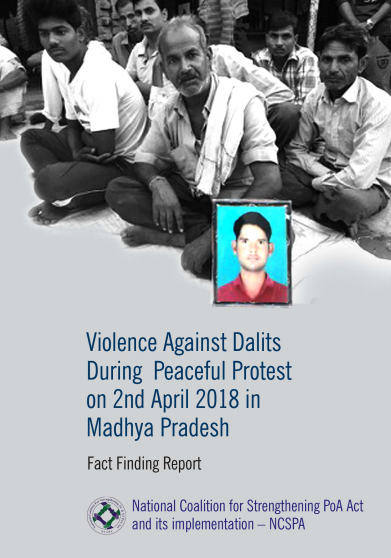 Police personnel, who were on the spot of incident, disappeared during the firing by the accused and failed to provide immediate assistance to the victims, namely Gajendra and Anil Jatav, who were lying in the pool of blood in Bhind road Chauraha for around 2 hours after they were shot at. It is pertinent to note that the District Administration failed to lodge a FIR of the victim Mr.Gajendra, who was fired at on April 2.

Several important sections of the SCs and STs (Prevention of Atrocities) Act 1989 missing in the FIRs. The team reviewed some of the FIRs registered on the side of Dalits in relation to the attack.

The administration also came down heavily on the Dalit youth activists, leaders in the area working for the rights of Dalit community. Several Dalit youths have been arrested and put behind bars.