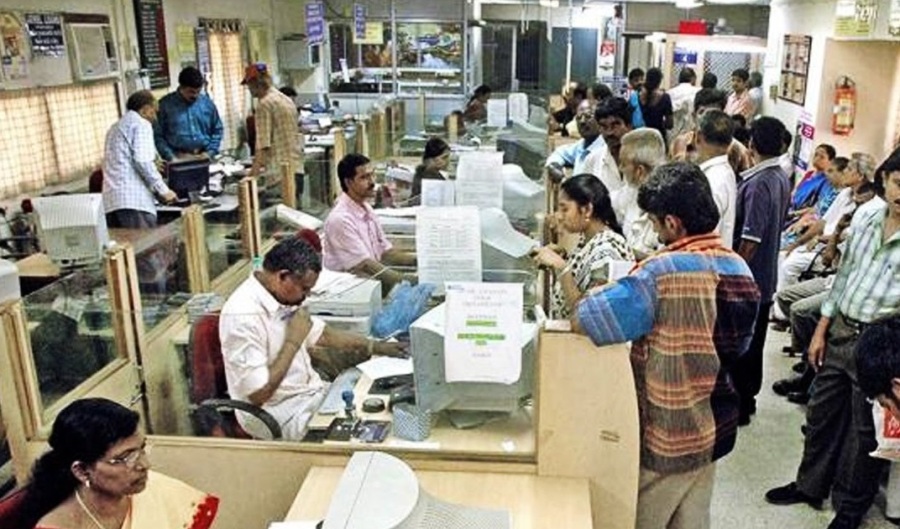 From January 2016 onwards, the Department of Financial Services, Ministry of Finance, Government of India, has been advising the Banks and the Indian Banks Association (IBA) to initiate and conclude settlement in time well before November 2017. Several reminders were given by the Government. Even then the IBA has not bothered to take any steps and the present paltry offer of 2% hike is absurd and legally unjustifiable.

In addition, bank employees and officers are compelled to undertake so much of non-banking business. The burden of implementing various Government schemes falls on the shoulders of the bank staff.

Everyone is aware of the increasing stress under which the bank staff is working in bank branches and, adding salt to the wound, yet such a meagre hike in wages is offered by IBA. It is totally unfair and unacceptable. For last 2-3 years bank employees have been constantly striving, relentlessly and tirelessly, to implement various Government schemes.

Bank employees have played important role in executing schemes such as Jan Dhan, demonetization, Mudra and Atal Pension. Because of this, there has been increase in workload handled by bank employees.

Non-performing assets (NPAs) of banks have increased, and because of provisions required to be made, losses have increased, too. For this, neither bank employees nor officers are accountable. In view of large scale bad loans or bad debts necessitating correspondingly hefty provisions, net profits have been reducing. Hence it is unjustified to deprive bank employees and the officers from the wage hike citing the reason of NPA.

Collusion of trinity of Government, politicians and senior officers of Banks over the last four years has dealt a death blow to the banking sector. As a matter of fact, the Government and the Reserve Bank of India should stringently recover doubtful debts and should strengthen the banking sector by controlling the Bad Loans.

Let the Government shake off indifference and immediately invite the United Forum of Bank Unions for meaningful negotiations of well-justified demands of bank employees so as to arrive at an honourable settlement.