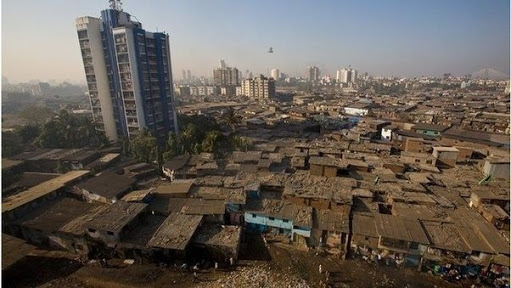 There has been much debate of increasing revenues by ‘increasing tax net’ so that more people can be brought under tax bracket. As the debate on levying taxes has been going on for quite some time, it may be important to discuss who are actually paying taxes and who are responsible for ‘ running major part of the economy’.

According to an analysis  (“Top 3% of US Taxpayers paid Majority of Income Tax in 2016”, by Alexandre Tanzi, October 16, 2018, bloomberg.com) , richest 1,409 taxpayers pay more income tax than bottom 70 million. In fiscal year 2018,  which ended September 30, the individual income tax is expected to bring in roughly $1. 7 trillion  or about half of the federal revenues, according to Congressional Budget office.

In 2016, $1.44 trillion income taxes were paid by 140.9 million taxpayers reporting a total of $10.2 trillion in adjusted gross income, according to data released recently by Internal Revenue Services.

The top one percent received 19.7% of overall income while the 1,409 people among the top 0.001percent had an aggregate income of $205 billion or 2% of US total. The most extensive rewrite of tax code laws was signed in early 2018 and its effects would be felt next year April with biggest benefits to top earners.

The statistics reflects only partial truth. As Chuck  Marr and   Chye-Ching Huang, in an analysis (“Misconceptions and Realities About Who Pays Taxes”,  September 17, 2012,  cbpp.org) state:

“…figures cover only the federal income tax and ignore the substantial amounts of other federal taxes –  especially the payroll tax – that many of these households pay. As a result, these figures greatly overstate the share of house holds that do not pay federal tax. Tax policy Center data show that only about 17% of households did not pay any Federal Income Tax or Payroll Tax in 2009, despite the high unemployment and temporary tax cuts that marked that year. In 2007, a more typical year, the figure was 14%. This percentage would be even lower if it reflected other federal taxes that households pay including excise taxes   on gasoline and other items.”

Even in India, the case is almost similar. Only 2% to 3% pay taxes (Palash Ghosh, June 6, 2013, “How Many in India Pay Taxes?”, ibtimes.com ).  Main reasons for the low payment include poverty, evasion by the rich using loopholes in tax laws and black money in Foreign Banks like Swissbank, and other institutes. About 95% of people have assets below $10,000.

This data is leading to governments and the supporters demand increase in ‘tax net’ so that many people can be brought under purview of taxpayer list. But, few are looking at the disproportionate incomes. The top 1% own about 58% of wealth. Hence, even if they contribute higher share of taxes, the percent of tax to their earning is less. But the low income group pays more through indirct taxes.

With few billionaires increasing their wealth by leaps and bounds, the government should try to make them pay large portion of their earnings rather than bringing many people, especially poor, into ‘ tax net’. Then only, the inequality of incomes may come down drastically.