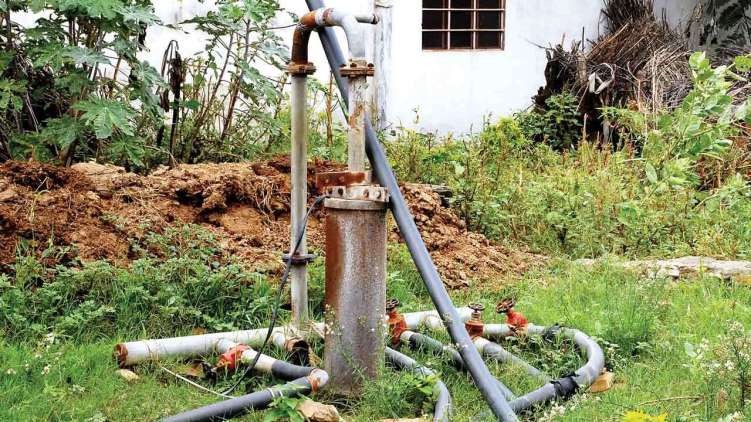 Assured water supply is one of the main components of stable agriculture and an important factor that has supposedly contributed to the ‘phenomenal’ growth rate of agriculture in Gujarat. One of the reasons offered for this is the significant rise in the irrigation coverage in the state and the resultant rise in production. The moot question is whether there is anything to derive by way of policy which can be applied elsewhere in order to realise the same results.

In this write-up we try and decode, from the data available online, from various Government reports – central and state, as well as some academic papers and writings — the performance of Gujarat in the last two decades especially in augmenting the irrigation potential in Gujarat. We firstly examine the growth of area under irrigation in Gujarat; then we examine the potential command area created versus its actual utilisation and finally the creation and usage of the Narmada command area.

Growth of Irrigation in Gujarat

Yet, despite the impressive gains, it is important to iterate that more than half the agricultural land in Gujarat remains unirrigated. This means that around half of Gujarat’s agricultural area is rain-fed and/or dependent on groundwater irrigation. It must be noted also that irrigation figures include both surficial as well as groundwater. Therefore the sources of irrigation need to be taken into account.

The most important source of irrigation in the whole of Gujarat is “Wells” (a well is a hole dug in the ground to obtain the subsoil water. An ordinary well is about 3-5 metres deep), followed by “Tubewells” (a tubewell is a deeper well [generally over 15 metres deep] from which water is lifted with the help of a pumping set operated by an electric motor or a diesel engine). The percentage for both combined comes to 62.41% of the total irrigation sources in Gujarat. This is important to look at since both depend on groundwater extraction as against surficial water usage by canals and tanks which comes to 21.34% combined.

Equally importantly, the share of tubewell irrigation has seen a steady increase over the 4 census which should be a source of concern as it indicates the steady depletion of the ground water tables necessitating the shift from wells to tubewells. Tubewells also indicate an increase in the input cost for the farmer since it means an expense associated with drilling and electricity for its operation.

Thus, while the increase in the irrigation cover for Gujarat may be impressive it has come at the cost of over-dependence on groundwater, raising serious concerns about the sustainability of agriculture. Also, this increase has been effected by the farmers who have done so at great personal expense.

Firstly, lacking alternatives, they are constantly going deeper to reach water sources. Deeper drilling means increased costs and faster depletion of the groundwater level, in turn entailing repeated drilling to go even deeper. At no point should it be interpreted as an achievement of the GoG, which has done very little to eliminate this over-dependence on groundwater resources. And, secondly, extraction of groundwater from deeper levels means that they require to install an electric motor of higher horse power (HP).

This means more electricity consumption, but more crucially a shift in their ‘status’ from that of marginal, small or medium farmer to ‘large’ farmer and hence a decrease in the electricity subsidy that they would otherwise be eligible for.

Pattnaik and Shah (2013) have also shown in their study on the state of agriculture in Gujarat that:

“The growth in farm production is confined to relatively better off households with respect to ownership of land and water. The growth in farm production leads to increased use of water per unit of land hence depletion of ground water in Gujarat. Increasing cost and market related risks leads to rich households eventually leave farming in Gujarat. Investment gets channelized to alternative occupations and/or education in the case of Gujarat.”

Incidentally, there are reports that under a major state government initiative to recharge the groundwater table, the Sujalam Sufalam Yojana, the incidence of dark zones has increased in the areas from which the canal passes. It implies that:

The overall result is that groundwater depletion in Gujarat has reached an alarming level with one Central Ground Water Board (CGWB) study putting Gujarat among the top 15 states with depletion in water tables in wells between 2007 and 2016.

“According to the information provided by the Union ministry in the Lok Sabha, the analysis of 799 wells in Gujarat conducted by the Central Ground Water Board (CGWB) suggested that 473 wells (59%) across the state had registered a depletion in water levels from 2007 to 2016… Of the 25 blocks defined by the CWGB, 23 are overexploited in the state. The worst affected areas are the districts in North Gujarat where depletion is more than 100% — meaning that more water is extracted from the ground than is replenished. Against the national average of 62% of groundwater resources used, Gujarat uses 72%. About 80% of this is used for irrigation. In Gujarat, the exploitation ranges from 30% to 150%.”

Dams (other than Sardar Sarovar)

We surveyed some randomly selected dams from the website of Narmada Water Resources and Water Supply (NWRWS) department which maintains the database on the small and large dams in Gujarat. While there are massive gaps in information on many dams, whatever data was available throws some light on the state of these dams.

Firstly, the year on year area irrigated within the command zone is never provided. This makes it difficult to arrive at the exact utilization or otherwise of the command area. Secondly, there are visible errors in reporting. For instance, in many cases the CCA (Culturable Command Area) exceeds the GCA (Gross Command Area) and the maximum irrigation (ha.) exceeds the CCA. This is ordinarily not possible to the best of our knowledge.

Hence, our conclusion that there are errors in reporting (they have been reproduced in the table without any corrections and have been highlighted.) The maximum irrigation potential realised (except the erroneous reporting) has not exceeded 76% which was achieved in 1996-97 (for table, click here: Dams and Command Area).

The CAG report of 2016 also confirms this wherein it examines 22 irrigation schemes which have achieved an average irrigation of only 24%. It indicts GoG, saying:

The augmentation of the irrigation potential in Gujarat has been through groundwater extraction and poses adverse long-term impacts on sustainability of agriculture, so much so that nearly 22% (57 of the 252) blocks of the state have been declared as ‘dark zone’ talukas (Prakash, 2005). Moreover, the augmentation has been through the effort and expense of the individual farmers and not a state government initiative. Thus, in our opinion, this does not offer any policy lessons (rather should not be taken as one) which could be applied elsewhere.