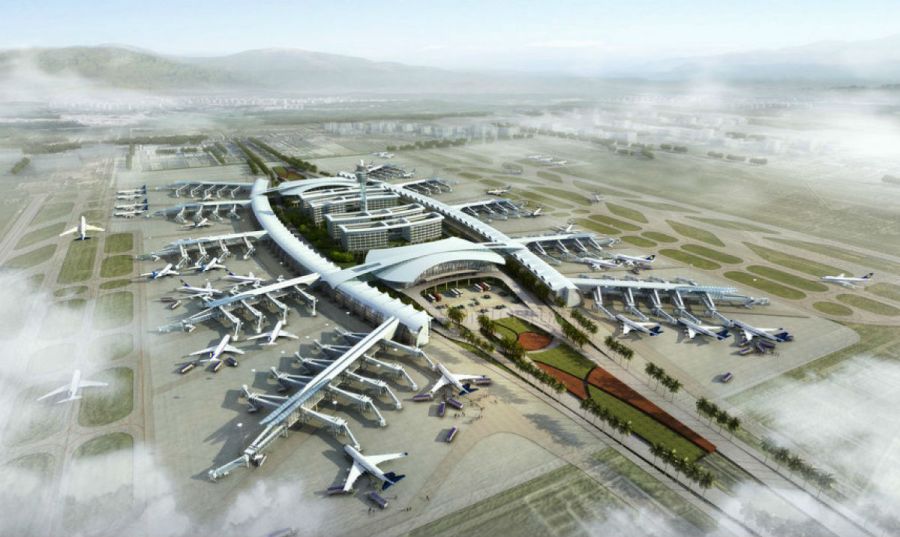 “The role of judicial review is to ensure that the rule of law is observed,” stated the Supreme Court in a landmark judgment, which makes path-breaking observations that uphold both the rule of the law and the importance of environment impact assessments (EIA).

This came in a case against a National Green Tribunal (NGT) judgment, which had dismissed an appeal against environment clearance granted to the Mopa Airport in Goa.

It is now listed before the Expert Appraisal Committee (EAC) of the Ministry of Environment, Forests and Climate Change on April 23, for a review based on the apex court’s directions.

The environment clearance granted by the Ministry of Environment, Forests and Climate Change in 2015 is problematic on various grounds. This includes serious concealment of information, which could have had a material impact on how the project was appraised.

This concealment includes failure to disclose that as many as 54,676 trees will be felled for the project and the fact that there are ecologically sensitive areas within a 10-km radius of the project.

Upholding all the above allegations made by the petitioners, the apex court concluded that “neither the process of decision making nor the decision itself can pass legal muster” in the processing and grant of Mopa Airport’s environment clearance.

The judgment also clearly articulates that it is the duty of a project proponent to make a full and complete disclosure of the environmental impacts.

One of the reasons cited by the EAC to recommend approval to Mopa Airport was “peculiar circumstances of the case.” The Supreme Court judgment took serious note of this to say that such statements make for pure guess work.

The judgment comes down heavily on the EAC to say that as an expert body, it should have applied every relevant aspect of the project, which has a bearing upon the environment. It should not work on surmise that assumes something to be true without having evidence for it.

When the review was presented before the Supreme Court, the respondents, state of Goa, first questioned the bonafides of the petitioners: Federation of Rainbow Warriors and Hanuman Laxman Aroskar. In this judgment, the court also specifically clarified that this was a non-issue.

The court’s observation that, “Vague aspersions on the intention of public-spirited individuals does not constitute an adequate response to those interested in the protection of the environment”, can go a long way in figuring out how questions of locus standi are decided in environment and public interest matters.

Even though the final decision in this case is yet to the administered, the directions may appear to fall short of upholding the rule of law, as firmly emphasised by the judgment itself.

These directions draw upon two significant judgments of the National Green Tribunal. These are Save Mon Region Federation vs Union of India related to the Nyamjanchu Hydro Electric Project in Arunachal Pradesh and Shreeranganathan K P v Union of India, where the approval for KGS Aranmula International Airport Project in Kerala was challenged.

In both these cases the NGT had in effect suspended or revoked the approvals of the projects, as clearances based on concealed data and incomplete information.

In the present case, the court has sent back the Mopa Airport to the same appraisal that was responsible for a faulty decision. The Expert Appraisal Committee will review the project with no fresh assessments or public hearings that were compromised in the first round. The environment clearance is suspended till the review by the environment ministry.

If the EAC and the ministry approve the project, they will need to do so with additional safeguards. The EAC’s report would then need to be filed before the Supreme Court, and no other court “shall entertain any challenge” to this report.

By doing this, the apex court has ensured that it has direct scrutiny over the merits of the approval by the environment ministry.

The strong observations of Justice Chandrachud’s judgment, legal precedence set by NGT judgments and the reading of EIA notification’s clause 8 (vi) make projects where deliberate concealment is proven, liable for cancellation or rejection.

In holding back this conclusion the apex court has put the ball back in the environment ministry’s court for now.

The EAC has an important responsibility to review the project, bearing in mind all the illegalities that have been upheld in the judgment, and they are to do it in a transparent manner.

If the environment clearance is cancelled, the project proponents always have the right to re-initiate fresh proceedings under the EIA notification, 2006.

But all that would only matter, if rule of law rather than “peculiar circumstances” were the basis of any upcoming decision.

*Senior researcher at the Centre for Policy Research, has worked on environment and forest regulation. This article first appeared in Daily News and Analysis