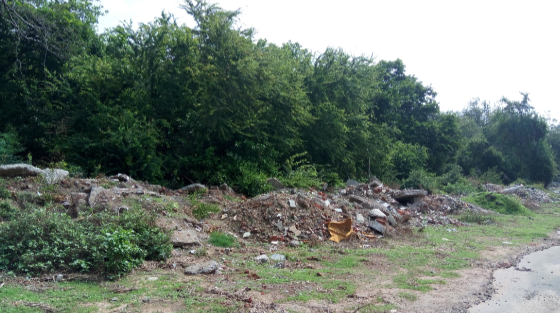 In a fresh letter, concerned citizens of Vadodara* have protested against what they have called “casual, trivial, and flippant response of the Vadodara Municipal Corporation” (VMC), saying,  the VMC’s response dated June 11, 2019 to their complaint made on May 22, 2019 on the need for action to “prevent anticipated disasters, flooding and water logging” in Vadodara.

Referring to Vadodara authorities’ failure to reclaim ravines and water detention areas by allowing debris to be dumped in low lying areas, the concerned citizens have warned that inaction to take steps will invite legal action. Addressed to senior Government of India and Government of Gujarat officials**, the letter warns, “You will be liable as an individual to compensate if any damage is done to environment and the affected communities.”

Text of the letter:

Following are some of the major issues that were raised in our letter dated 22.05.2019:

The ravines and wetlands of River Vishwamitri are being systematically destroyed and filled with debris and municipal solid waste in order to reclaim land for further “development”. This practice is still continuing and getting worse with apparently no repercussions to the concerned authorities and parties. This will further augment the already existing waterlogging and flooding woes in various parts of the city. This is happening despite the prevailing laws of the land, directions of concerned authorities, and Courts’ Orders.

The reply through a letter, dated 11.06.2019, by the Vadodara Municipal Corporation (VMC) and sent and copied to us, is highly casual, trivial, and flippant; it does not even attempt to address any of the grave concerns raised by us in our letter to them, dated 22.05.2019. It is quite apparent that the VMC is taking this matter very lightly and hence this response sent to us is not acceptable, especially when it is coming from accountable representatives of a government authority. The letter is in Gujarati, the content of which is translated below:

With reference to the above subject and context, the letter dated 22.05.2019 received on 01.06.2019 of Rohit Prajapati is attached herewith. You are requested to read the letter in detail and do the needful in accordance to the letter related to your department / office.

The above response is indicative of a flagrant attitude to superficially appease. It is apparent that the VMC is looking to pass off the buck from one table to another to while away precious time. This nonchalant or “go-slow” attitude of the concerned VMC officers, including the Commissioner, portrays insincerity towards the concerns of the citizens.

Whereas, we have received the letter dated June 3, 2019 from the Ministry of Environment, Forests and Climate Change, National River Conservation Directorate’s Joint Director, sent to the Additional Chief Secretary of Forests & Environment Department, that clearly states:

“I am directed to enclose a copy of a letter dated 22.05.2019 received from Sh. Rohit Prajapati … regarding irregularities in waste management and the threat to environment in Vadodara, destroying the ecology of ravines and wetlands there.

“It is, therefore, requested that steps may be taken to protect the ecology of the wetlands and ravines there through effective waste management. You are also requested to send an Action Taken Report to the applicant under intimation to this Ministry.”

Such misconduct by the VMC invites stringent actions from all responsible and concerned authorities and that is why we look forward to not only your positive, prompt and firm response, but also an exemplary and immediate action to protect, restore, and nurture the environment; thoroughly relook at all the development activities; and promote better development in and around Vadodara, especially the Vishwamitri River and its environs and to instill trust in the Government.