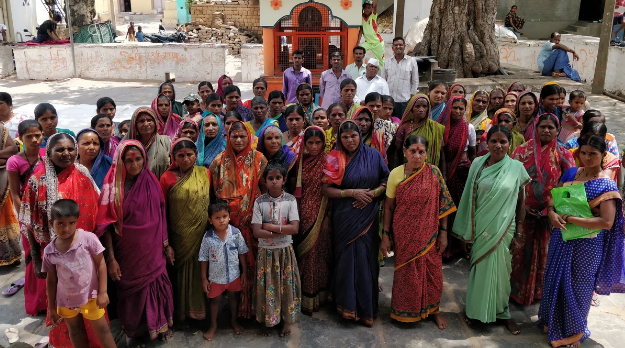 One of the most debated problems in the recent elections in Andhra Pradesh was the implementation of ‘ prohibition’. Struggle against liquor, that too state-sponsored liquor shops, has been going on for years, especially by women. Most Dalit and lower caste women in both Telengana and Andhra participated in exerting pressure on political parties to include abolishing sale of liquor in open market. The present Andhra chief minister YS Jagan Mohan Reddy promised to end liquor sale and to keep up his promise, he has taken some initiative after elections.

Since mid- seventies, tribal women in different parts of the country – Andhra Pradesh, Manipur, Maharashtra – have been fighting against alcohol/lecre sale inducing alcoholism among men resulting into devastation of families and domestic violence against women and children. In Andhra Pradesh, anti- arrack movement was strong in 1992 to 1993 and it spread into other states at different levels. More than 40,000 women uniting and blocking the arrack auction in Andhra was a historic chapter in the Indian women’s movement (“Women’s Struggles and Women’s  Movement in India”, by Vibhuti Patel).

In Maharashtra, elected women representatives in local self-government institutions, Panchayat Raj Institutions (PRIs) have forced the state government to declare their block/village/taluk ‘alcohol free zone ‘ if 50% of women in the area give their vote against sale and distribution of alcohol.

Some people argue against ban on alcohol. Among reasons, they cite individual freedom and choice, liquor as a means of enjoying festivities and traditional values. The State governments heavily rely on tax revenues obtained from sale of alcohol. Telangana is one of the most ‘alcohol-addicted’ states as the government derives lot of revenue from the sale of liquor. Many leaders own and operate liquor shops and ‘ liquor-mafia’ is widely prevalent here. Government has taken over ‘ cultural’ issue to tap revenue and establish ‘belt’ shops in almost every major street or colony.

But those who argue for prohibition and ban on sale of liquor are many, especially women who bear the brunt of problems. Wages of most daily laborers are wasted by men on alcohol. Even the wages earned by women are forcibly taken away from them. Drinking not only harms health but also family life is shattered.

Poor women and their children go hungry while the males in their houses drink spending their meagre earnings. Violence, sexual abuse, crimes and accidents due to alcoholism are on the rise in many states. In many houses, males exploit their partners economically and socially to squeeze money for purchasing liquor.

While consumption may be choice of every individual, its disadvantages are many. The rich can afford good refined liquor but poor consume ordinary one which is toxic. People have died of consuming spurious liquor. The spread of selling outlets have increased the problems faced by women especially daily labourers.

Article 47 under the Constitution in the Directive Principles says that the state should take measures to raise levels of nutrition and the standard of living to improve public health. This Article directs that the state shall endeavor to bring the prohibition of the consumption except for medical purposes of intoxicating drinks and of drugs which are injurious to health. Most liquor bans are justified on the basis of this article (Article 47-DPSP). Liquor is also discussed in Seventh Schedule (Article 246 of the constitution).

Many people close to governments, political leaders, bureaucrats have breweries and distilleries producing liquor. They make huge money selling various brands. In this context the discussion of Dr Ambedkar may throw light on drinking and its implications on the people. ( “On Prohibition”, in “Dr Babasahed Ambedkar, Writings and Speeches” vol. 2, compiled by Vasant Moon , 10th March 1927, page 163). Speaking on the budget of Bombay, he said:

“Sir, I realise that the feelings of this House on the matter of prohibition run very high: not that I do not share those feelings, but for other reasons I do not wish to be harsh to the Honourable, the Minister for the Excise…

“I rise to speak on this subject simply because I feel that what has been fallen… has left the impression on me that he will fall into the bad old ways, which are the established ways of this Department… I submit, Sir, that the increase of illicit drink in this presidency is entirely due to high tariff on country liquor…”

Though he was teetotaler who did not consume alcohol, he stressed on the economics of prohibition policy and the value of judicious thinking.

*The writer from anywhere and everywhere is interested in social issues