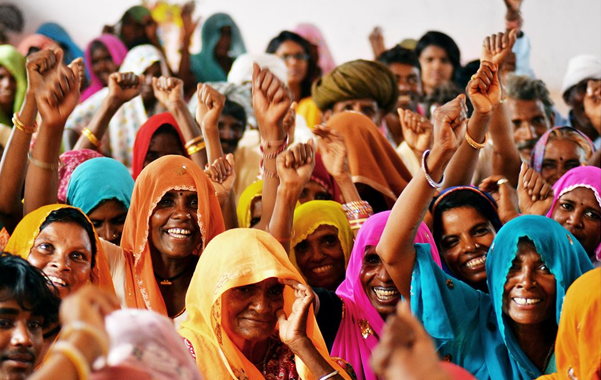 Last month I watched a movie named “Article 15” which is based on caste discrimination and inequality among various ladders of society. The storyline of film revolves around IPS officer Ayan Ranjan (played by Ayushman Khurana) and how he unravels cases of caste discrimination such as gang rape, untouchability and physical tortures in small rural town against Dalits. The film was thought-provoking, radical and an eye-opener giving us a reason to think that although such incidents are reported on a daily basis in the newspaper but still fail miserably to get the requisite attention of people.

Also, the movie has a dialogue which says “Sab barabar ho gaye to raja kaun banega? (If all will become equal who would be the king?)”  This depicts the caste stigma deeply engraved in the mindset of society shielding itself in the veil of political correctness and past traditions such that no one questions it. Based on real-life incidents, the movie encouraged me to look deeper into the issue.

I decided to schedule a meeting with Ms. Manjula Pradeep, who is a human right activist and a lawyer based out of Ahmedabad to understand the prevalence of these issues in detail. She shared that such incidents happen on a recurring basis and their team has come across several such cases.

Out of all such cases, she discovered that Dalit women are a victim of dual discrimination. At home, they are a victim of domestic violence and outside, they are easy targets for all forms of violence by Non- Dalit men. The violence by Non-Dalit men is the outcome of atrocities, caste barriers, politicized agendas and their attempt to establish themselves in an authoritarian position of being upper caste.

Manjula Pradeep also shared an incident of 2008 where an 18-year-old Dalit girl was raped by 6 teachers in Patan Primary Teacher’s Training College. The girl was sexually assaulted 14 times in a period of six months. This shameful act sent the entire Gujarat state into shock. The victim was daughter of a landless Dalit agricultural labourer and wanted to become a primary school teacher to lend financial support to her family. The repeated nature of assaults sent her in such a state where she used to shout even if someone touched thinking that the accused might be making advances on her.

The six accused responsible for this assault were Manish Parmar, Mahendra Prajapati, Ashwin Parmar, Suresh Patel, Atul Patel (Ph.D.) and Kiran Patel (Ph.D.). Once the incident broke into the news, many other college girls also confirmed having asked for sexual favors by these teachers in the past but lacked the courage to disclose it. All of them were from poor families and were blackmailed since some portion of “internal marks” was in the hands of these teachers. Basically, this could make or break their academic career.

Surprisingly, the defence lawyers were arguing to reduce the sentence of life imprisonment for accused as they belonged to the noble profession of teaching. This put a question mark on the state of the law in our country where the person who should be punished further for insulting such a highly-respected profession is being saved by using it as a shield. However, this is just a single case, several such instances occur on a daily basis with Dalit women.

In 2017, a report released by the National Crime Records Bureau (NCRB) on atrocities against Dalits in the year 2016 stated that highest number of crimes committed are against Dalit women such as molestation, sexual harassment, assault, human trafficking, stalking, forced prostitution and verbal insults. The data also revealed that 4 Dalit women are raped every single day.

Further, a study of data released by NCRB revealed that out of all the crimes registered against Dalits, rape has outnumbered the cumulative of all the other offences taken together. The main reason for the crime against Dalit women is their caste which makes them easily available for accused to do any sort of harassment and to get away with it in the name of casteism.

Moreover, a lot of Dalit women are married to God in the name of religious practices and are then exploited physically by upper-caste zamindars. This also takes us back to the time when the movement led by BR Ambedkar for Dalits saw large participation from women, but eventually with the time, it was overtaken by Dalit men. Although the social status of Dalits has improved overall marginally with time but the condition of Dalit women is standstill. Dalit men are having socio-economic mobility for better employment to cities but women are still working on farms i.e. they are still a land labourer.

The zamindars look at them with lustful eyes and exploit them physically very often. While going through the literature I came across an interview of Jyoti, 24 years old women asking, “Have you heard upper caste girls getting raped in our community? We are poor and powerless. That’s why upper-caste men rape our girls. They can get away with anything because they have money and power.” Several abusive and derogatory remarks are thrown at them by the upper caste people and they are treated as untouchables.

A report from the National Family Health Survey (NFHS) says that the average life expectancy for Dalit women is 39.5 years which is quite lesser than 54.1 years for a woman from the upper caste. The reasons are the inability to access better health facilities, education services, land, housing, food, and other basic amenities. The poor nutritional status and low calories intake make them prone to diseases such as Anaemia, stunted growth, eye problems, diabetes, and heart disease. Even in case of illness, Doctors give them medicines without touching them since they are from lower caste.

Political parties often have social inequalities eradication and women empowerment as one of their weapons to get vote banks of lower communities but once they come into power, no attention is paid to the condition of Dalit women. As per 73rd amendment in the constitution, 1/3rd seats for women are mandatory out of the total seats reserved for Dalits in local government. But States and upper caste have very less tolerance to the shifting of power in the hands of women from lower communities. Even if they try to stand for some position, they are beaten, raped and ill-treated.

Therefore, we can see that the Dalit women are a victim of social, political, religious and cultural practices. There is an urgent need to deal with these issues to give them equal rights and make our society a better place to live in.

Dalit women need a voice but how do we do this? – 3 Pillars of improvement

Social awareness among youth is the most effective way to deal with such challenges. The young population is engaged in social media such as Facebook, Twitter, Instagram, etc which can be used as a platform to educate other citizens about conditions of Dalit women and to voice their opinions. Similarly, students can be sensitized with the issues in schools, colleges, and universities. Similar to this, we have a course called Transformational Social Movements in our institute which helped us in understanding the social challenges faced by our country hidden in the limelight of economic prosperity.

Social Inclusion can be incorporated at a broader level through policy-level changes by framing adequate laws, governing policies which can eradicate crimes against Dalit women to a greater extent. But this will render impact only if the attitude and perception of people are changed against Dalits. Further, weaker implementation of laws may render them completely ineffective. Regular review and monitoring of the policy level changes will help in proper execution at district, state, and national level.

There is a famous saying “Justice delayed is justice denied”. The proper judicial system will ensure that perpetrators are punished timely for the crime committed by them. Poor laws give birth to repeat offenders in society. The NCRB data revealed that only 25.6% of all the atrocities cases against Dalits are reported. There is a need to restore the confidence of people in the judicial system of our country through faster disposal of cases.

*Final year student of the Indian Institute of Management-Ahmedabad, wishing to spread awareness about the condition of Dalit women due to caste stigma prevalent in society

One thought on “Social status of Dalits men has improved marginally with time, but condition of women is standstill”