In a judgment on November 29, Australia’s New South Wales Supreme Court has held the State of Queensland, Wivenhoe Dam operators and engineers are responsible for “inappropriate operation of the dam”, leading to the devastating Brisbane 2011 floods. A South Asia Network on Dams, Rivers and People (SANDRP) note on the relevance of the judgment for India:

In a landmark judgment, the January 2011 Brisbane (Australia) floods class action decision was announced by the New South Wales[i] Supreme Court (Justice Robert Beech-Jones) on Nov 29, 2019[ii]. The court held[iii] the State of Queensland, Wivenhoe Dam operators and engineers responsible for inappropriate operation of the dam. It’s one of the largest ever class action suits of Australia and could cost the government millions of dollars.

Brisbane Times reported on Nov 29, 2019[iv]: “More than 6800 victims of the 2011 Brisbane flood have won a historic class action against Seqwater, Sunwater and the Queensland government over the management of the Wivenhoe Dam. The NSW Supreme Court on Friday ruled that the dam’s flood engineers relied too closely on “rain on the ground” estimates in 2011 and did not appropriately use rainfall forecasts to manage Wivenhoe Dam, as required by its manual.” The manual was gazetted by the Queensland government in 2010, a year before the flood.

Justice Robert Beech-Jones ruled that the four flood engineers who had operated the Wivenhoe Dam in January 2011 had “in some respects” breached their duty of care in managing the flow of water from the dam. Announcing a complex ruling over almost two hours, Justice Beech Jones said Seqwater, Sunwater and the state government were “negligent”.

Maurice Blackburn lawyers lodged the class action on behalf of the 6870 flood victims. Other tests cases will now be evaluated before a further hearing in the NSW Supreme Court on February 21, 2020. That opens the doors to a potential payout of hundreds of millions of dollars – law firms suggest it could run to a billion dollars.

The summary of Judgment: “The plaintiff sued the three defendants, who were said to be legally responsible for the actions of four flood engineers who were responsible for conducting flood operations at Wivenhoe Dam and Somerset Dam from 2 January 2011 to 11 January 2011. Seqwater was the owner of the Dams and the employer of two of these flood engineers. SunWater was contracted to provide flood management services to Seqwater and was the employer of one of the four flood engineers. The (Queensland) State employed the fourth and final flood engineer. The plaintiff sued the three defendants in negligence, nuisance and trespass.” 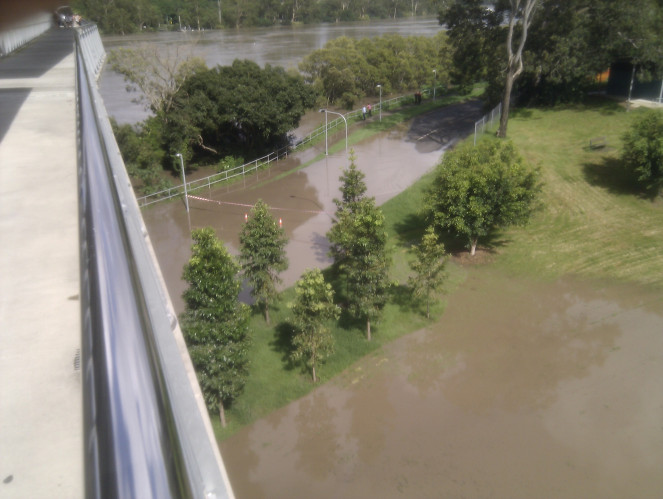 Key aspects from the Judgment

The defendants (the State of Queensland, Sunwater and SEQWater, the operators and engineers), were variously responsible for inappropriate operation of the dam by failing to evacuate the dam to accommodate rain inflows, and are therefore breached their duty of care.  The negligence claims of the plaintiffs succeeded against all of the defendants.  Various damages were awarded, with some adjustments for different plaintiffs, depending on several issues, such as compensation already awarded.  The exercise of reasonable care would have permitted water releases despite the operation manual’s norms.

Dr. Charles Worringham, a long-time Brisbane resident and former academic described the judgment as historic. He told SANDRP: “Judge Beech-Jones left no doubt that the dam operators were negligent in the days leading up to the catastrophic releases.  He gave considerable weight to analyses showing how precautionary releases ahead of time would have reduced the severity of flooding.  The dam was already at full supply level while exceptional rains were not just forecast, they were already being exceeded.”

Dr. Worringham described his own experience of the floods: “No-one who lived through these largely preventable floods will forget the devastation they caused, even if they did not personally experience damage.  My son and I joined thousands of others filling sand-bags the night before when we all knew what was coming, but this was all too little and too late.  Seeing the Bremer river rise nearly 15 meters in just a few hours, watching the debris carried down by the swollen Brisbane river past the University of Queensland, and hearing the eerie roaring sound as it spilled into so many city neighbourhoods are things that stay with you forever.”

Dr Worringham added: “The recovery effort was huge but lasted for months.  If a wealthy city like Brisbane with its abundant equipment and resources can be so badly effected, I can only imagine how desparate the situation would be for communities that lack them.  While disasters tend to bring out the best in people wherever they occur, voluntary efforts cannot substitute for responsible planning and operation of such important – but potentially hazardous – facilities as dams.  And with rainfall patterns becoming less predictable as the climate crisis unfolds, record falls can occur with little notice, making greater caution even more important.”

Dr. Worringham said about future implications: “This judgment really sets a precedent for dam operators everywhere. Given the similarities to operational failures in other jurisdictions that have also led to large-scale loss of life and damage, it is likely to influence not just future court decisions, but encourage dam operators to urgently review their operating procedures and give greater priority to timely flood mitigation and dam safety measures – even if these cause minor conflict with policies favouring high dam levels. Let’s hope the lessons of this episode are well understood everywhere.”

Thanks, Dr. Worringham, for alerting SANDRP about this order and also sharing your views and experience of the Dam floods in Brisbane in January 2011.

There are quite a few detailed statements in the judgment that may be relevant to the India including Kerala floods of Aug 2018.  We hope Indian courts will also take note of this landmark judgment.

[i] As the judgment said, when the class action suit was filed in 2015, Queensland legislation did not allow class actions of this type.

[iii] https://www.youtube.com/watch?v=YJXVTEg7TT4 (This was the live feed of the judgment)