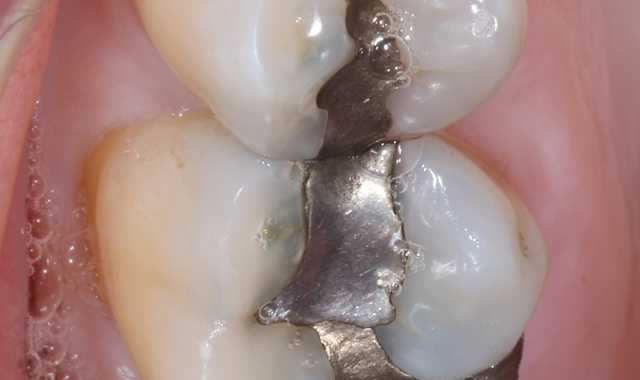 Toxics Link, an Indian environmental not for profit organization, has called upon the authorities to phase out mercury use in dentistry at a roundtable in Ahmedabad, held in December 22. A note by Toxics Link:

Mercury, one of the most toxic metals known to mankind, needs to be phased out from dental amalgam fillings, was the unanimous voice in the roundtable meeting organised by Toxics Link in Ahmedabad today. The meeting was organised by the environmental group, in collaboration with Indian Dental Association, Ahmedabad to discuss the concerns of mercury usage in dentistry as well as to public health.

Dental amalgam, which contains 50% mercury by weight, is widely used in restorative dentistry and the most common material used for filling till a decade back. Mercury’s impact on nervous, digestive, immune systems and important organs like brain, lungs and kidneys has forced the world to start eliminating mercury. According to WHO, mercury is one of the top ten chemicals of public health concern as it causes significant damage to environment as well as human health. Minamata convention, the world’s first legally binding treaty on mercury, recommends phase down of mercury amalgam.

Raising some of the concerns, Priti Banthia Mahesh, Chief Programme Coordinator, Toxics Link said, “Mercury fillings can have severe impact on children and women and needs to be completely banned for use in this vulnerable population”. Various countries, around the globe have restricted or banned the usage of mercury, especially in vulnerable population. The meeting was attended by many eminent dentists of Ahmedabad who discussed the possibility of eliminating mercury from their practices.

Use of mercury in dental clinics can also have huge exposure risks for dentists as well as workers in a dental clinic, pointed out Dr. Pradeep Jain, a senior dentist from Indore who has been practicing mercury free dentistry. He added, ‘it is important to be not just mercury free dentist but also be mercury safe dentists and that requires us to put proper systems in our clinics’. In the dental workplace, uncontrolled mercury vapors are a major occupational risk. Dr. Bagda, a senior dentist from Ahmedabad agreed and added, ‘the dental curriculum needs to play more emphasis on alternative filling material’.

Globally, about 260 to 340 tonne of Hg – are released, annually, into the environment from the use of dental amalgam. While doing an amalgam filling, not all the mercury goes into the filling, a part of it is released to the environment as well. Once in the environment, it doesn’t remain limited to its source but travels, at times even thousands of kilometres away from the source. Satish Sinha, Associate Director, Toxics Link, who has been engaged on this issue for more than a decade, said, “ Mercury free dentistry is growing as there are viable alternatives, but it needs to be adopted by each and every dentists as damage from mercury is irreversible. We need to act now.”

Recognising the concerns, Toxics Link started a campaign, ‘Mercury Free Dentistry’ across India and has been working with different stakeholders to eliminate mercury form fillings. This meeting was part of that campaign.