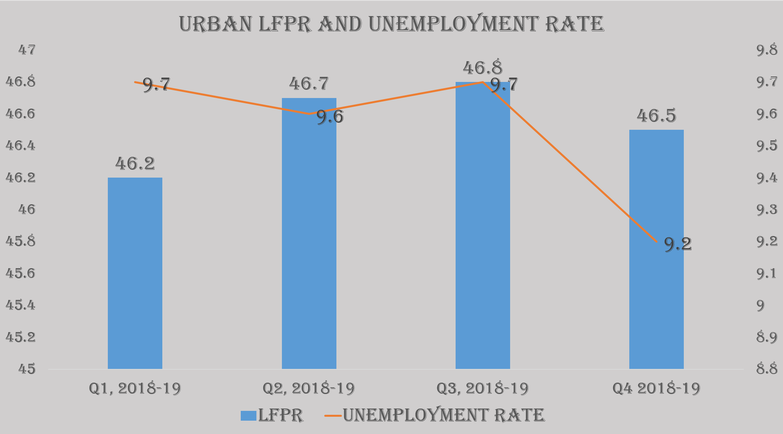 In November, 2019, the Ministry of Statistics and Programme Implementation came out with the quarterly bulletin on Urban unemployment scenario in India for the fourth quarter (January to March, 2019) of FY 18-19. The report gave a holistic view of all the four quarters of FY18-19. The report has considered the Current Weekly Status definition for labour force participation rates ( LFPR) and unemployment rates (UR). The Current Weekly Status (CWS) of a person is the activity status pursued during a reference period of seven days preceding the date of survey. 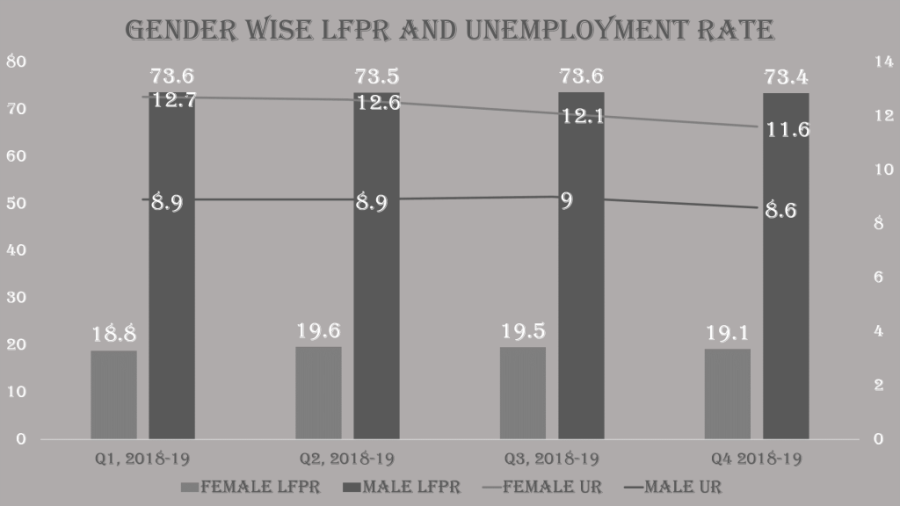 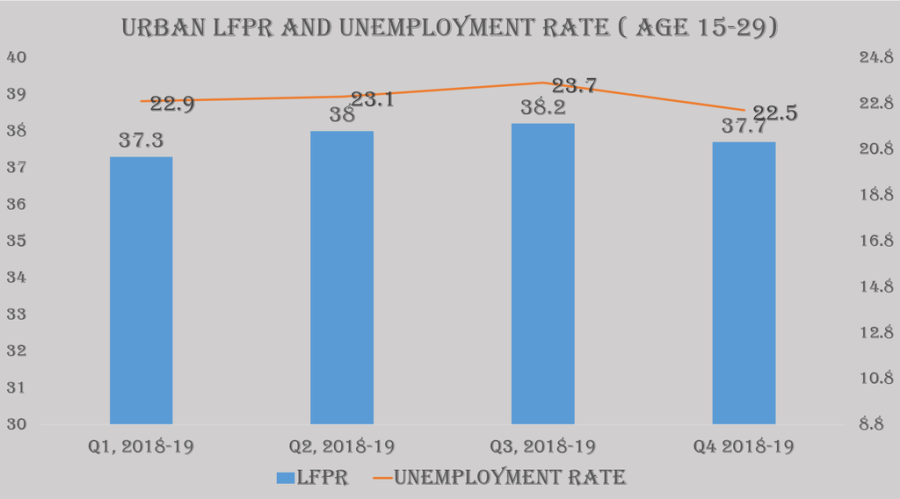 Similar trend is reflected when we consider only people in the age group of 15-29. But the alarming picture here is unemployment rate is as high as 22.5%. The same is 29% for female and almost 21% for male. This is a very high number considering the demographic distribution of India. Majority of Indian population lies in this age. Moreover the decline in workforce participation rate consistently for female in this age group remains a concern. 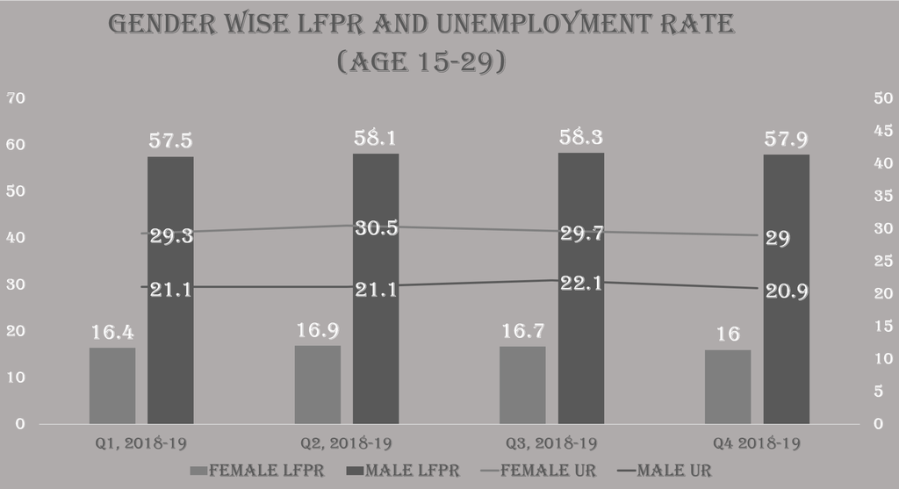 IPD considers an index which is LFPR/Unemployment Rate, to measure the performance of the Indian states. Higher the value of the index, better is the situation in that state. Let us first consider people in the 15-29 age group.Gujarat, Karnataka and Punjab are the top three states in terms of the constructed index. Also they have the lowest unemployment rate. In terms of LFPR, Punjab has the highest ranking followed by Tamil Nadu and Gujarat.

When we look into the improvement in the index value in Q4, 2018-19 as compared to Q1, 2018-19, the top three states are Jharkhand, Maharashtra and Karnataka. While Jharkhand as one of the worst ranks in terms of overall index value, there is a sign of improvement.When we consider people from the all age group, it is seen that while Gujarat, Karnataka and West Bengal has the top three ranks, Odhisa, Bihar and Uttar Pradesh has the worst three ranks.

As we are heading for the budget this year in a month, unemployment still remains a big concern area with rates over 9% for the entire population and over 22% for people in the age group of 15-29. IPD hopes more focus is given to people intensive sectors and we would see some moves in this direction in the budget hopefully.