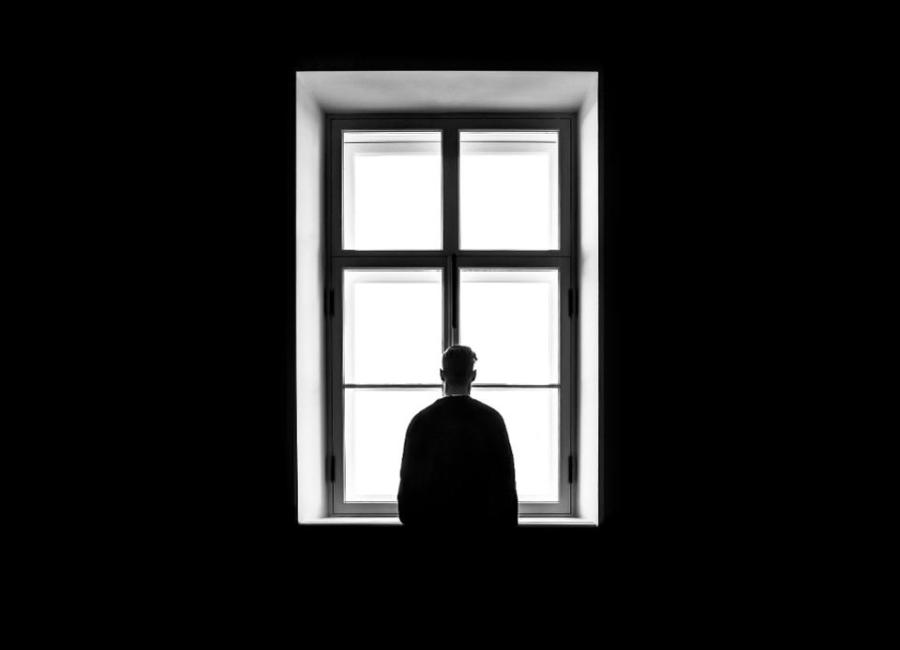 I have never found a companion that was so companionable as solitude. – Henry David Thoreau

Nothing can make us feel better—calmer, happier, and clearer—than being immersed in a book or a piece of music or in the plaintive woods, away from the bustle of life. This is a sentiment of most people when they talk about their privacy and the pleasure they derive from it. it’s actually something deeper than just a feeling of ecstasy. It’s only when one loses oneself in the stillness by stepping briefly away from family and friends that one receives the boldest strokes of creativity.

COVID-19 has forced millions of people into internal exile, many of whom have been overcome by a deep sense of loneliness. This reflected a craving to be reunited with friends and family, The pandemic has made our understanding of solitude more acute than ever. While it has opened our minds to the benignity of loneliness, it also has given us an idea of the fear and nightmare that accompanies loneliness. Part of the reason the current crisis is so frightening is that it sets off a fear not just of being in quarantine but also of being abandoned altogether. The fear is profoundly affecting the individual psyches and worldviews.

No visitors. No shared meals, no one to hold our hands. We’re all cut off from each other, trapped inside the walls of our own domestic space, the 21st-century version of the marooned. Social distancing, and sometimes self quarantining, is the most important protective gear, but that doesn’t make it easy. One of the inevitable costs will be social isolation and an increase in our loneliness. More people live alone now than at any other time in history. The weird gift of loneliness is that it grounds us in our common humanity. The whole world is in the same boat. However frightened we may feel, we have never been less alone. It has also heightened the consciousness about belonging to one family. It has shown that only by taking care of one another- as well as the planet on which we all depend – can any of us hope for a better future. It has shown how helpless we as individuals are –despite being blessed with the best of this world.

Loneliness has long been an ailment of modern life, a hidden epidemic in a hyper-connected world. While we no longer remain in the sort of solitary confinement which cave men have to endure ,There is an emptiness to such a way of life even though we reamn connected though mobile apps and social messaging. Digital sequestration may sustain the body, but the soul goes without nourishment. It seems that relying on the crutch of technology affords little more than a soulless existence

Covid-19 was the most painful social isolation people encountered in history. Having had no choice but to live solitary lives for the greater good, it is hard not to wonder what we will all desire when we are able to exercise individual autonomy. Such experiences give us a renewed appreciation of human contact.

Loneliness is a unique condition in which an individual perceives himself or herself to be socially isolated even when among other people. The deleterious effects of loneliness are, however, not due to some peculiarity of individuals who are lonely; instead they are due to the effects of loneliness on ordinary people. It gives a feeling of being unable to connect despite being surrounded by millions of others.. Being alone and being lonely is not the same thing, of course, and many people who live by themselves spend little time alone.

Being single can feel lonely, but it doesn’t always have to. Likewise, being in a relationship doesn’t make you immune to loneliness. Just as you can feel lonely in the company of others, you can feel perfectly content in your own company. It’s just that many of us don’t know how to be alone.

It’s in isolation that we are able to do most of our sharpest thinking and yield a harvest of our best ideas. It is in this state that all the meaningful strands come together and the debris is cast away, leaving our thoughts pure and pristine. It’s only when you view the world from a distance that you are able see it whole, and understand it better. We are able to achieve an ambience that is magical for creativity.

Loneliness isn’t the same thing as solitude, nor is it solitude’s inevitable consequence. it can arise just as easily in situations of proximity. You can be lonely in a crowd, lonely in a birthday party –at occasions of intimacy, closeness, connection. There is difference between loneliness and solitude. Solitude purges the destructive capacity of loneliness and allows us to tap the protective potential of sequestration. The words “solitude” and “loneliness” ought to have similar meanings: “solo” and “alone” do after all. But faced with courage and determination they do not. Loneliness is a negative, sad feeling. On the other hand, solitude is elevating, blissful.

Loneliness is the nightmare of the social animal. It is a taboo state in our social world. it may not be fully true under ordinary circumstances, or even under quarantine. But there are other ways in which loneliness causes pain, too. It has real, tangible effects on our brains and bodies. The need for connection is so central to our being that to experience its lack plunges the body into a state of minor emergency.

But loneliness isn’t just a negative state, to be vanquished or suppressed. There’s a magical aspect to it too, an intensifying of perception that led Virginia Woolf to write in her diary of 1929: “If I could catch the feeling, I would: the feeling of the singing of the real world, as one is driven by loneliness and silence from the habitable world.” Woolf was no stranger to quarantine. She was confined to a sickbed for long periods, but found that even these painful periods yielded harvests of creativity just because she used them not as periods of solitary confinement or detention but as periods of meditations and self reflection.

This commitment to spending time alone has been particularly important in a hyper-connected world where our inner sentiments thoughts are drowned out by the constant chatter or updates of other people.

Many of us confuse alone time with ‘doing nothing’ or equate it to physical isolation,. But solitude is a state or a situation — not a place or final destination. After all, mastering the art of solitude isn’t about being antisocial, but rather knowing and understanding ourselves better in order to connect to others.

Solitude is an opportunity to renew ourselves and deepen self-knowledge. It gives us time to explore and know ourselves. It is the necessary counterpoint to intimacy and allows us to polish the self to make it relevant to the outer world.

Solitude gives us a chance to regain our perspective. connect to others in a far richer way. Pearl Buck sums up beautifully, “I love people. I love my family, my children…but inside myself is a place where I live all alone and that’s where you renew your springs that never dry up.”It allows us to get back into the position of driving our own lives, rather than having them run by schedules and demands that are out of our control. Thoreau spent a long solitude in the woods of Walden and he considered it as constructive and purposeful solitude because he was insulated from the ego-driven clamor of human discourse.

Silence is a necessary precondition to contemplation and meditation-religious or otherwise. The effort needed to achieve even quiet-let alone silence-usually makes it more rewarding than the ambient noise. It’s why we go to the woods, or the seas, or up on hillsides to renew ourselves. it is also why we take up meditation, or spend time in quiet places of worship.

We all need silence-and also stillness-to become our true selves and to discover the divine spark in ourselves even as we remain surrounded by the endless rush and agitation of modern life. Quiet introspection sharpens the mind and improves our understanding of an issue, an event, or even the emotions swirling around .This requires not just time, space and solitude, but enough silence to allow the clear tones to steer through the noise. Thomas Carlyle once observed, “Silence is the element in which great things fashion themselves.” Inner stillness, aided by understanding of and conscious practice of the silence enables the creative mechanism within to empower itself in its natural manner.

Silence is the universal matrix, the vacuum that makes fullness possible. When we enter silence, we enter the emptiness wherein the distinction between self and other, while not obliterated, is transcended. We enter a realm of experience, one that does not divide subject from object, and is therefore open to authentic love, to our sharing in each other’s love. Silence opens us to love. In silence we can hear the still, small voice of God. It is the voice of the inward teacher, wordlessly inviting us to open ourselves, to be centered in the oneness of mind and heart, self and other, in which we live.Rumi explains,” In silence there is eloquence. Stop weaving and see how the pattern improves.”

For Thoreau, revolution began at home, one person at a time. “We must first succeed alone,” he wrote, “that we may enjoy our success together.” Buddha pointed out that there was an “island of calmness” within each one of us, and we should take refuge in that island and not allow people and events around us to upset our inner poise .

In “Siddhartha”, Hermann Hesse writes, “Within you, there is stillness and sanctuary to which you can retreat at any time and be yourself.”Many gifted artists have worked best alone. They were often considered recluses, when in fact they were merely introverts who found freedom in the quiet and drew inner energy from it.

We should all learn to protect the solitude of each other. A life of solitude is a much more demanding prospect to accept, or to recommend, but its rewards are equally commanding. Solitude is beatitude—and where there’s a state of perfect serenity, there resides divinity.