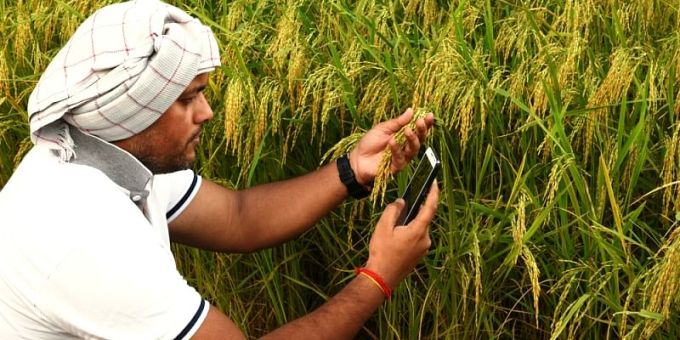 Covid19 pandemic has thrown us in unprecedented conditions. From sudden lockdown forcing people in their personal spaces to humanitarian crises, each of these events challenged the abilities of the government to handle the crisis. The first question which the government faced was how to identify the target beneficiary. Fortunately for the government, the popularly known Jan Dhan-Aadhaar-Mobile (JAM) was available for latching quickly. Aadhaar number of millions of recipients of social security schemes is already linked to their bank accounts. Typically, these beneficiaries have a bank account opened during the financial inclusion scheme—Jan Dhan—scheme implemented during 2014. If the beneficiary has a mobile, then it can be linked to their JD bank account, which completes the circle. At the broad level, the government has identified beneficiaries based on their Aadhaar number to which a JD bank account is linked. This ensures that the money reaches the intended beneficiary. In this JAM trinity, I propose to add a fourth feature, which will complete the communication between the citizen and the government. That fourth feature is a technology-based communication platform—Twitter. It is during the pandemic that I realize that all who’s who are on Twitter. India is the second populous country in the world, as in April 2020, it is ranked eighth with 13.15 million users (Statista). Hence, Twitter holds great untapped potential in having almost costless and fast digital tools for each citizen. To support my argument of seeing JAM with Twitter (or any technological tool), I provide the following pieces of evidence based on experiences. I demonstrate that Twitter provides a costless option for citizen’s voices before the citizen makes a choice to exit from the public sphere.

It was the third week of May, and the fourth phase of nation-wide lockdown was coming to an end. I got a call from a farmer from a village in Kurkheda block of Gadchiroli district. As a Prime Minister’s Rural Development (PMRD) Fellow, I had worked in the district some six years ago, but still, people know me. The farmer typically is not confident of getting their issues resolved from the government officials due to corruption. Sadly, this remains a ground reality, though it cannot be generalized. The farmer believed that still, I can do something to solve their problems. The farmer expressed worries about other farmers from his village. They were worried because the Rabi paddy, which was harvested just before the lockdown in March, was lying in their homes. Typically, paddy procurement centers arrange makeshift shops in prominent villages and procure paddy at pre-decided government rates. But due to lockdown this year, till the end of May, no procurement shop opened. Income from the sale of paddy is ploughed back for investment for the upcoming Kharif season. Due to the approaching monsoon, farmers were more worried because a possible rain can spoil their all hard work and Rabbi paddy. I did not know what to do. I wrote a Twitter to the district magistrate on 21st May sharing that the paddy procurement centers in Kurkheda block are not functioning, and there is a need to start paddy centers. Obviously, I got no reply on Twitter. But then in a few days, I got a call again from the farmer on 2nd June saying that the paddy procurement center has started. But still, their woes were far from over.

The farmer told me that the paddy center of Purada village in Kurkheda block has started. But his village is 2-3 kilometers away from Purada. Hence, farmers from his village were not allowed to bring the paddy and sell there. He demanded that the paddy center from Ramgarh be started. Again, I did not know how to help these farmers. Again, I wrote a Twitter message on the 1st June to the district magistrate, highlighting that the paddy procurement center of Ramgarh has not started because of which farmers from villages in the vicinity could not sell their paddy. Now the farmers were more worried because the rains can come any time, and their paddy would be ruined. In my Twitter, I urge the district magistrate to start the Ramgarh center as well. Taking no chance on the farmers’ issue, I wrote one more Twitter message to the district guardian minister on 2nd June. The district guardian minister is very active on Twitter. Again, I received no reply from both the authorities. For almost a week, even the farmer also did not call me. After one week, I called back the farmer to inquire about what happened to their problems. He told me that he and other farmers in the village sold their paddy in the Ramgarh center. He said that within 2-3 days after 2nd June, the Ramgarh center had started, and they took paddy without demanding a share of paddy as a bribe.

These incidences reinforced my belief in the power of Twitter. I do not have direct evidence on Twitter’s message leading to the opening of the paddy center, but there is temporal evidence that reinforces my belief on the claim. The decision-makers have not responded to the issues raised, but somewhere someone might have taken cognizance of the problem. After these incidents and good outcomes with twitter, I am persuading the farmer from Kurkheda to create his Twitter account. I aspire that every village to have its official twitter account to raise their local issues. Technology, in the form of twitter, offers an almost costless solution to the problem of rising local problems. With an ambitious “BharatNet” project, every gram panchayat is expected to have broadband connectivity. The government is promoting district administrations to have Twitter handles. The official twitter handle of district administration headed by the district collector shares important public announcements on twitter. Twitter is almost used for one-way communication for the dissemination of information. If the district administration can have an official Twitter handle, why can’t constitutional bodies like village councils? Having a Twitter handle for the village council makes more sense as it is the only institution of direct democracy.

Having twitter account for village councils can be used for voicing grievances. Unlike the costly conventional channel of voicing local issues, twitter offers a costless platform with a speed of communication. Twitter or any technological platform can be used to voice grievances, particularly with the block and district level government functionaries—this can have a lasting impact on the accountability of local institutions. It is more relevant for areas like Gadchiroli which has poor road connectivity and cost of travel to raise local issues continues to be high.

Confident of the enormous potential of Twitter (or any other technological platform), I argue that it should be seen on the lines of JAM trinity. In my limited capacity, I intend to pursue farmers in my contact to have Twitter handle in the coming months. With the Twitter account, the communication loop with public agencies could be complete. Theoretically, it will reduce agency problems significantly due to improved communication and will have welfare gains. Therefore, it needs to be considered at the governmental policy-level. The father of the nation viewed self-rule as a cardinal idea for governance in India. Having a digital identity platform for each gram sabha to communicate with every other constitutional functionary would be a true tribute to the father of the nation on his upcoming birth anniversary.